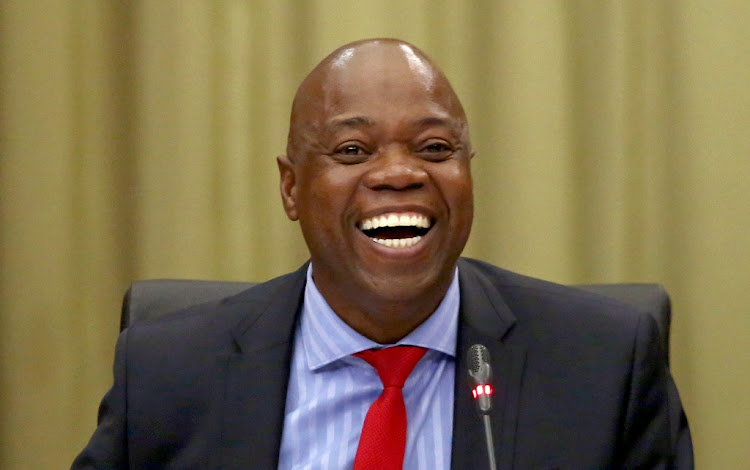 Matric Luphondo, who is the chief prosecutor in Pretoria, is one of the prosecutors who will be following developments at the state capture inquiry.
Image: Gallo Images / Phill Magakoe

The national director of public prosecutions, Shamila Batohi, has assigned top prosecutors to follow evidence from the Zondo commission in a bid to fast-track cases against those implicated.

Batohi told staff of the National Prosecuting Authority (NPA) this week that she had signed an authorisation allowing prosecutors to share information with the Zondo commission in corroborating evidence before the commission.

"I am also in the process of concluding a memorandum of understanding with the Zondo commission," she told staff.

This could result in those implicated in state capture being prosecuted long before the commission concludes its work.

Batohi said top prosecutors would have a direct role in criminal cases emerging from the Zondo commission.

Andrea Johnson, who successfully prosecuted the late former police commissioner Jackie Selebi, has been put in charge of co-ordinating all prosecutions from the commission. She was also appointed to co-ordinate prosecutions against organised crime.

This is seen as an effort to expedite the prosecution of those implicated in state capture.

Matric Luphondo, who is the chief prosecutor in Pretoria, has also been given a watching brief at the commission. He is expected to follow all testimony and leads that are presented.

Both prosecutors were interviewed for Batohi's job last year.

Top prosecutor Chris Macadam is the NPA liaison person with the commission "to facilitate its work in so far as the NPA is concerned".

Batohi told staff that her efforts to change things at the NPA "has proved challenging and has not moved as fast as I would have preferred to".

President Cyril Ramaphosa last week signed a proclamation to establish a directorate in the NPA that would focus on investigating and prosecuting crimes involving state capture. It is understood that Batohi has been working on appointing a "heavy-hitter" to head this directorate.

The withdrawal of murder charges against a KwaZulu-Natal mayor is receiving "urgent attention" from National Prosecutions Authority (NPA) boss ...
News
2 years ago

"To this end, a lot of work has been continuing in the background," Batohi told staff.

Speaking at a conference of the Law Society of SA last week, Batohi said the directorate would bring specialised and dedicated capacity to the criminal justice institutions.

"It will exemplify a collaborative approach, drawing on the expertise of SAPS, the NPA, Sars, other relevant government departments, as well as the private sector to effectively deal with the crisis of corruption facing SA," Batohi said.

Apart from prosecutors and investigators, the directorate would comprise forensic accountants, analysts, digital forensics experts and a variety of other people in specialist and support roles, she said.

Batohi said publicly that she would also bring in specialised skills from the private sector.

There would be a stringent vetting process for those joining, as well as continued vetting, she said.

NPA spokesperson Bulelwa Makeke said: "The changes that [Batohi] was updating staff about are all interim arrangements, reallocating responsibility and making the most effective use of internal resources available in the institution."

Batohi previously expressed frustration at the slow progress made on high-profile cases. Insiders said that her announcement to staff meant she wanted to see movement on state capture cases.

Included in her interim shake-up at the NPA is the return of Willie Hofmeyr at the helm of the Asset Forfeiture Unit three years after he was removed from that role by Shaun Abrahams.

The appointments, said Batohi, were "with immediate effect".

Other prosecutors who were previously brought to the controversial PCLU to investigate politically sensitive cases have been sent back to their units.

Lawson Naidoo, of the Council for the Advancement of the South African Constitution, said Batohi was identifying people whom she could rely on and trust on important issues emerging from the state capture inquiry. He said this demonstrated that she was putting in place the infrastructure that would be ready to prosecute when the directorate was up and running.

Naidoo said Batohi had the difficult task of deciding which prosecutors would best fit certain roles.