Learn to plan and delegate

How to fire up your festive break with a good braai 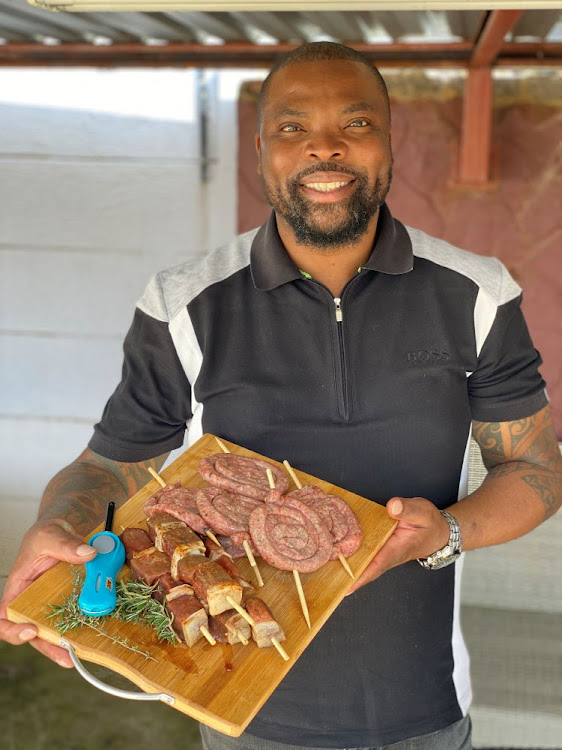 Tis’ the season to braai and with braais come so much politics! Firstly we all know that braai master who forgets that chargrilled and burnt are not the same thing.

Luckily for you, SowetanLIVE caught up with Chef Benny Masekwameng, of Ultimate Braai Master fame, to give us some tips on what to do to make the most of your pay day weekend braai.

Masekwameng’s first piece of advice is to plan ahead and delegate.

"My idea of a braai is normally something that involves a group of people, it could be family, it could be friend. One thing that makes it more fun is if everybody participates. Then you can delegate certain things to certain people, obviously according to their skill levels. That would make for a better experience for everybody when they gather for a braai."

He added that in the planning phase is where you decide on things like what marinade to use, whether you are going to keep the meat in the marinade for  24/48 hours, as well as whether you would use gas or coal for braaing the meat. He advises on using gas if there will be a large number of people at your braai.

Fine dining comes to the table in Soweto

“Gas is instant, you don’t have to wait for  anything and it gets up to temperature quickly, and you don’t have to worry about the smoke and all of that, but then you lack the smokiness that comes from the wood and the charcoal in the meat.“

Masekwameng cautioned against using sweet marinades that are not removed before putting on the braai. He says because these contain sugar they burn quickly and go black before the meat is fully cooked.

“Rather season it and dry rub. If you’re going to be using those marinades or basting sources, rather use it when the meat is cooking on the braai, and preferably 5-7 minutes before you take it off the grill.”

Masekwameng, who says that growing up the only thing that went on a braai was boerewors, chuck or chicken so people should experiment, with whole fish, prawns  or vegetables, whichever tickles your fancy.

“Let’s experiment with other things you know, big joints of pork, leg of lamb-braaied slow and low. You don’t have to rush it. You can put it there for hours at a low heat and let it smoke and cook slowly.”

It was a fusion of flavours reflecting the diversity in South African cuisine that got Kholiwe Rafu first prize on the second season of Cooking for ...
Good Life
4 months ago

We got onto the subject of controlling the heat when braaing and Masekwameng put on his BIC® Lighters and Firelighters ambassador cap.

“If using coal, you let it burn until it turns white, not with flames, because we don’t braai using flames. Because that’s just going to burn everything. Yes you do get a couple of flames now and again when the fat drops into the fire but that’s all you need.”

Masekwameng says that you should try to have one side of the braai with most of the charcoal and the other side to have less. So things you need to have high heat on you put it on that side and if  you want something to cook slowly you put it on the side where there is less coal or no coal at all for a heat that is not harsh and direct. You can test the heat by putting your hand 10cm away from the braai and if you feel the heat after a 5-6 second delay that is the perfect heat.

“If you’re going to be grilling thin slices of meat that don’t require too much time on the grill, then you know you’ve got the right fire.

It also depends on the thickness of the meat, if you get your meat from our butchers in the townships where the meat is sliced thin it’s going to cook quick, but if you get large steaks that are 3-4cm thick it needs to stay longer on the fire. Once you’ve got something that is nearly cooked you put it on the other side and let the new things that require cooking to be put on the high-heat side.”

Chicken: A lot of people get chicken wrong. It doesn’t need too high heat.  You can even pre-steam, or pre-boil it and then season it and marinate it and just finish it off on the braai itself, where it doesn’t go black before it’s cooked inside.

Vegetables: Don’t braai them all the way. Retain some crispness/crunch – cooking through to the centre can result in blackened veggies. You can put peppers, baby marrow, red onions, pears, apples, asparagus and long stemmed broccoli to the braai. You can chargrill them on the high heat quickly, then move them to the low heat side. Try to stay away from vegetables like tomatoes and other soft-skinned vegetables and fruit.

Fish: Use a grid to put the whole fish in, preferably something on the bone so that the fish doesn't disintegrate. Rather not stuff the fish, cook whatever vegetables you want with it on the side. It should be cooked on the low heat side, let rest 5-6 minutes before eating.