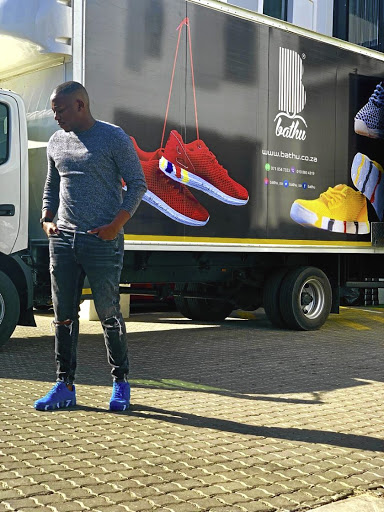 We have all lusted for an innovative business idea that could turn us into the next Jeff Bezos or Elon Musk but for Theo Baloyi, his shoe business proved to be the perfect stepping stone to success.

"I started this business in my room," Baloyi shared eagerly when taking a look back at his young business, Bathu.

Baloyi's trendy shoe brand may be sitting with a turnover of R18m but he never imagined the brave venture would ever be a reality, especially kicking off as an accountant and door-to-door salesman.

"When I got to Joburg to further my studies my best friend Andrew and I used to sell perfumes door to door in Alex just to make ends meet," said Baloyi. "I think that is when the entrepreneurial bug bit me because I learnt a lot about the basics of business."

In the three years that Baloyi worked for PwC in Dubai, he received a lot of praise for his collection of trendy sneakers. By the time he returned to SA, he was quickly inspired to tell an African story through his brand.

"I was tired of the routine of being an accountant because you get to work and you know what to do. I needed to get back to hustling like the days when I used to sell perfume. That's what sparked the idea," said Baloyi. When he considered what to sell he landed on sneakers. "They say if you buy too much of something why not own it?"

Now in its third year Baloyi said he never expected Bathu to become a success in such a short time. Having caught the attention of celebrities like TV presenter Duma Ntando and entrepreneur DJ Sbu, Bathu continues to grow to new heights.

Baloyi was always concerned that SA consumers would not buy his products but the biggest hurdle proved to be the burden of taking a leadership role. A position he said some of his mentors even struggle with today.

"I was privileged to have gone to school and graduated and worked for a great company but the reality of my situation was that all the time I drove in Alex I would see that our brothers and sisters are suffering and that there is no employment," Baloyi said.

It was at this point that he decided to start a business that would create opportunities for his community.

While it has been motivating to see lives change before his eyes, Baloyi said the pressure to ensure Bathu was a success has been overwhelming.

"Leading people is a big challenge, it's a skill in itself and I am still learning as well."

While he has a keen interest in property development and interior design, Baloyi's main focus is on creating the "next Amazon" that would help his brand in the e-commerce space and continue to have a commendably low carbon footprint.