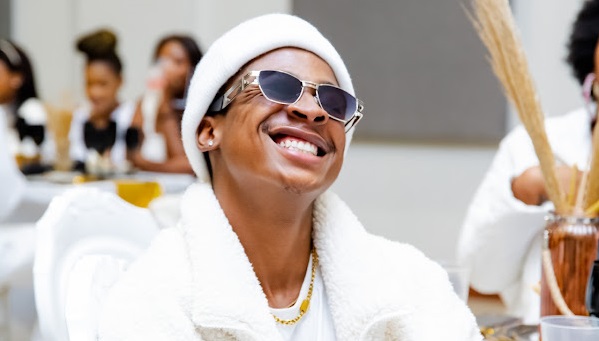 The world of influencers has often been marked by many positives and negatives – a disdain mixed with constant wonder. Climbing up the ranks and barely doing much about it, the models-cum-personalities have often been labelled as a scourge on society.

It’s a space that has birthed the likes of Sarah Langa, whose love for luxe brands resulted in a tone-deaf approach to the fight against femicide with her animated tears.

A new generation with new ideas and a fresh approach is slowly changing the way SA’s influencer space is shaped, particularly the contentious fashion spaces. Leading that pack is brand influencer Quincy Jones.

The 22-year-old star has become one of the many faces who dominate SA Fashion Week, the very space that sparked his interest in influencing.

“Primarily, I never thought I’d get into fashion. I only did it because I thought there would be some financial gain,” said Jones, who was tasked with doing a campaign for Soviet.

The efforts he put in excited him so much he grew interested in it, especially when the brand’s publicist was keen on pushing his career forward.

Once he was able to attend SA Fashion Week as part of an influencer gig, Jones fell in love with the people he observed and how clothing was an extension of their personalities.

He has now become one of the leading influencers who create content around the biannual fashion event.

Describing his sense of style as broad, Jones’s approach to fashion has elements of the hip-hop-influenced, comfy fits many of his Gen Z counterparts may be familiar with but he easily takes on daring items that can create conversations.

“I wouldn’t necessarily call it a skirt but I wore one and I got so many replies – good and bad. But I really loved it because I was able to stir up a conversation,” said Jones.

While dominating new platforms like TikTok, Jones says internet fame from these spaces can be harrowing.

“TikTok is a very scary platform. It’s not only a platform where you make videos and make people laugh but it transfers into your real life, whether you are walking in public and people start reacting or you have them yelling your name from a distance. It can go as far as people taking videos of you without you knowing.”

As the influencer space ushers in a younger generation, Jones notes that the new approach is more strategic than in the past,  something that has pushed him towards following his career more staunchly in the future as someone who has created authenticity that is approachable.

“It’s become more than just promoting products for me. Influencing makes a lot of people happy and it inspires a lot of them. A lot of people make it look like a bad thing but I think that just relates to the influencers that you see. I am not showing a life beyond my means. I plan on being in this space for a very long time."

Mbali Sebapu is among the young women known as influencers who have profited from the development of brand marketing by amassing a sizable fan base ...
SebenzaLIVE
1 week ago

For her gender non-conforming advocacy, Tshiamo Modisane is our Woman of the Year in fashion & beauty.
S Mag
6 days ago

Attending all the funerals in and around your township every weekend sounds odd.
Entertainment
1 month ago

Pamela Mtanga refuses to be average and her latest award is testament to this.
S Mag
1 month ago
Next Article