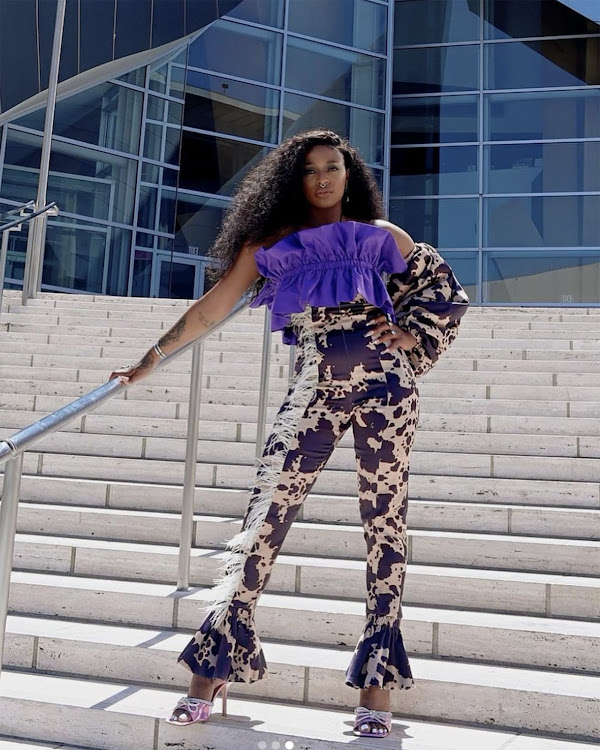 DJ Zinhle has been nominated for the Basadi in Music awards
Image: Supplied.

The nominees, who were voted for by the public, were announced at Kaya959 studios in Johannesburg on Wednesday.

The awards will be held on Women's Day (August 9).

DJ Zinhle, who is nominated in the DJ of the Year category will also be given the CEO’s Mosadi in Business Achievement Award.

Makhadzi has two nominations for Artist of the Year and Song of the Year for her hit record Ghanama.

It's thrills and spills for the first all-female cast to stage Asinamali (We don't have money) who won an award at the annual National Arts Festival ...
Entertainment
1 month ago

Bambalele, who has been a journalist for 17 years, said she was not expecting the nomination.

"I am really happy about it because I did not expect it to happen. I have always wanted to be recognised and I am glad that this nomination has come at this time in my career, it means a lot," she said.

"Its nice to know that I can be recognised while being myself. Often times when you are in entertainment news, you are pressured to fit in with celebrities. I am able to just be a good journalist and be seen and recognised as someone who is good at her craft," she said.

CEO and founder of Basadi in Music Awards Hloni Modise said they are proud of the calibre of nominees.

"We are proud of the calibre of nominees for the first ever Basadi in Music Awards. We send our congratulations and best wishes to our nominees. These awards have put power in the hands of the fan, the supporter and lover of South African music.

"We owe a debt of gratitude to the voters who were so keen an enthusiastic to vote their favourites in. We call on them again to vote for the winners who will walk away with the prestigious trophies of Basadi in Music Awards...”