Sisters deny me access to my daughters, says Mzazi 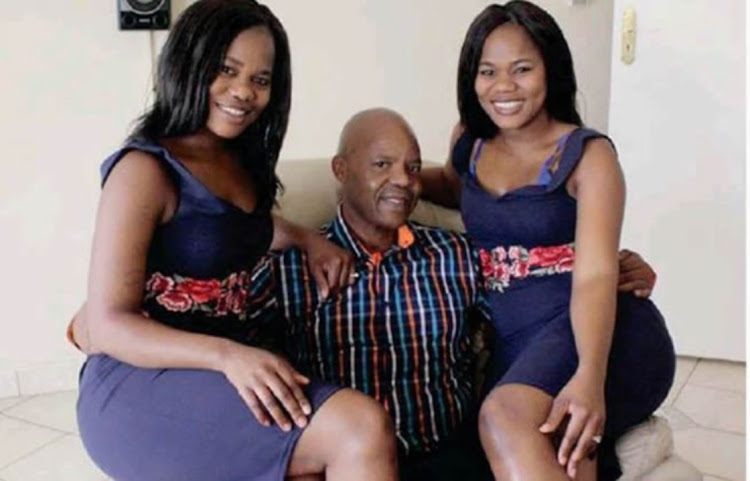 The Siko twins’ ex-husband,TV director Mzukiseni Mzazi, has blamed his former wives of blocking him from bonding with his children.

“It is unfortunate that the law and media are quick to favour women, and men are never given the chance to tell their story, that is why it was easy for them [twins] to tarnish my name.

“The reason you haven’t read my words anywhere is that I am not a believer in speaking to the press about my personal life. Beyond that, I don’t believe in justifying myself. I have left them alone for almost two years but they continued to lie about me. And I did say that if they continue to do so, I will take legal steps against them,” he added.

He said the twins, Olwethu and Owami, had refused him access to his two 10-year-old daughters.

“I miss them in my life, they were my friends. Coincidentally, we talk about this because two days ago, I was looking for a letter that was emailed to us when I asked for mediation. Because I wanted to see my kids and they are refusing me to see them, I asked for mediation that unfortunately failed because of their behaviour.

“I am starting to feel sick and I think I am falling into depression because I want to see my kids. We were so close that I used to teach my kids business from a young age. I used to teach them about money. They were my friends,” he said.

He said he is at peace with himself and has no reason to justify himself to anyone.

“Take for instance their story that I wanted to burn them in the house. These are two adults – am I that powerful that I am able to capture two women? I did go out that day and when I came back I found them standing outside with my cousin brother, and yet I want to burn them?” he asked.

“I am not cruel, I don’t want full custody. I want visitation rights so I can also have a say on how they grow up. I want to teach them responsibility and that they don’t have to pose naked on social media for wealth,” he said.

Twins back to try their luck at eternal love

Twin sisters Olwethu and Owami Siko reveal that marrying their ex-husband 11 years ago had nothing to do with love but an arrangement to escape ...
Entertainment
4 months ago

Mzansi Magic’s newest reality TV show Twice as Bold promises premium seats into the lives of the Siko twins, Olwethu and Owami, as they try to find ...
Entertainment
4 months ago
Next Article