Twins back to try their luck at eternal love

The Siko siblings had married the same man 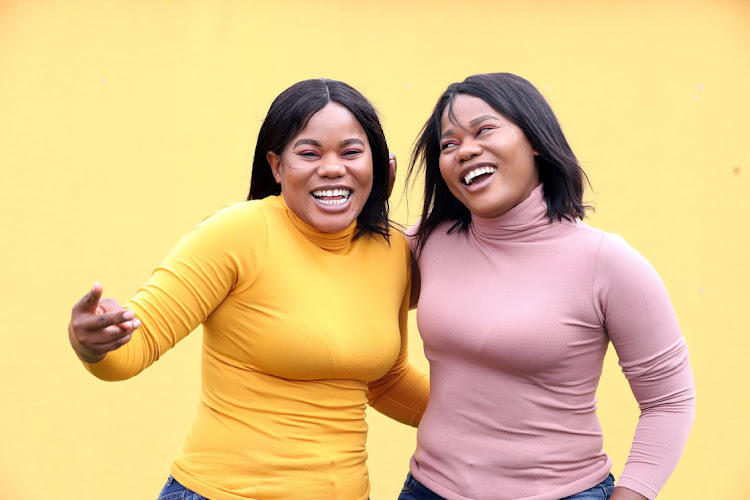 Twin sisters Olwethu and Owami Siko reveal that marrying their ex-husband 11 years ago had nothing to do with love but an arrangement to escape poverty.

Olwethu and Owami’s popularity came after they married the same man at age of 21 years, who later fathered their daughters, who are two months apart. That marriage ended in divorce two years ago.

The pair is back to try their luck at love again and that journey will be documented in a reality TV show Twice As Bold.

They met their ex-husband, who was 42 years at that time while doing their practicals on shows like Muvhango, where he would be directing. At the time they were studying acting for camera  styles and asked him to mentor them.

They spent time together with him to a point where he knew how deep their bond was. One day he sent them  an SMS that he couldn’t continue helping them unless they became his. Two weeks after they agreed he sent them a letter, asking for their hands in marriage.

Their marriage quickly became toxic to a point where they either had to leave or they would die.

“Our ex husband became abusive both physically and emotionally. He didn’t care that there were two of us, he would abuse us to a point of physical abuse,” said Olwethu.

Secrets of their husband having 12 other children and actually being married to another woman started to come out.

“Olwethu suggested that we leave the marriage but we thought ‘better the devil we know’. We decided to play the game to benefit ourselves and were always on the lookout for an exit point,” said Owami.

“After nine years of abuse, he ultimately threw us out once at night with our clothes stuffed in refuse bags. He didn’t care that he was throwing his own children out. That’s when we decided to start a new life for ourselves,” she adds.

“I remember this one day when he almost killed us, pouring petrol around the house but thank God he didn’t find a match and that is how we were saved. We have a protection order against him,” said Olwethu.

The inseparable twins shared one bed with their ex-husband, and would do everything together, even the deed, they shared while laughing.

Speaking about their childhood, Owami said, “It was a really tough childhood. We were rejected by our mother and knew nothing about our father until we decided to search for him, but found out he had passed on. We grew up knowing that our grandmother is our mother and grandfather is our father. But we would hear rumours that she was our mother while we thought she was our sister. We realised that the treatment was not the same with our siblings,” adding that they have never felt a mother’s love.

Their grandmother had to juggle long hours of an unsteady job and raising her grandchildren, including her own children, and that created an unsteady upbringing for everyone.

Owami adds, “I had to be a mother to Olwethu. I had to hustle for even a R20 to buy pads because we wanted to lighten the load off our grandmother.”

Mzansi Magic’s newest reality TV show Twice as Bold promises premium seats into the lives of the Siko twins, Olwethu and Owami, as they try to find ...
Entertainment
2 months ago

Singer and dancer starts out with Black History Month gigs in US.
S Mag
3 months ago
Next Article