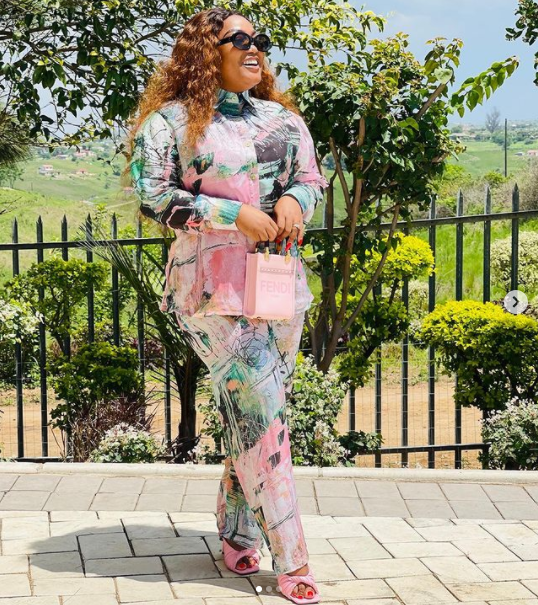 Thobile MaKhumalo Mseleku , who is part of the new season of The Real Housewives of Durban, has promised viewers a gaze into her personal life and an understanding of what makes her tick.

Speaking to Sowetan yesterday, the soft-spoken MaKhumalo, who was born in Port Shepstone in the south coast of KZN, defines herself as an energetic, hardworking and very opinionated woman.

The businesswoman and presenter at Vuma FM has promised TV viewers an exciting show packed with a bit of drama as the seven ladies get to know each other.

“It is a different experience altogether it makes you look at life differently. But I have never been a different person from what you see from Uthando Nesthembu. In Uthando Nesthembu, it is all of us sharing a space, but in this reality show the focus will be on me. People will know who I am and what I do with whom.”

Polygamist Musa Mseleku promises that the longstanding question about whether he will take a fifth wife or not will be answered in the new season of ...
Entertainment
1 year ago

The 32-year-old added: “Drama is standard in a reality show because you are dealing with the real lives of the people. Human beings have good and bad days and a conflict is expected when you bring different people together. It is even worse to bring seven women together who are trying to form a friendship.” Mseleku said when she was approached by producers of the show she agreed because she saw an opportunity of exposure.

Most importantly, she wanted to be the one who tell her own story. “As much as I am in the spotlight with Uthando Nesthembu, it is very limited because we are a family. Through the reality show people will be able to separate Thobile MaKhumalo Mseleku, the third wife of Musa Mseleku and see me as an individual. Viewers will be getting more than what they have already know. This time you will see things that you were not going to see on the family reality show.”

Mseleku who hosts Intimate Nights on Vuma FM from 8pm to 11pm from Monday to Thursday, owns different businesses at different areas.

On how she has turned into a TV darling, she said: “It humbles me and I have never thought acceptance will be at this level. When you get married to a polygamist man people judge you and believe that you are a home wrecker. They don’t listen to your views and don’t see anything positive you are doing.”

“Since I've become a wife, and a mother, I thought it would be a great idea for the public to see how I’m rebranding myself,” says London.
S Mag
1 week ago
Next Article