Hold the mic! MaKhumalo is going to be a gospel star 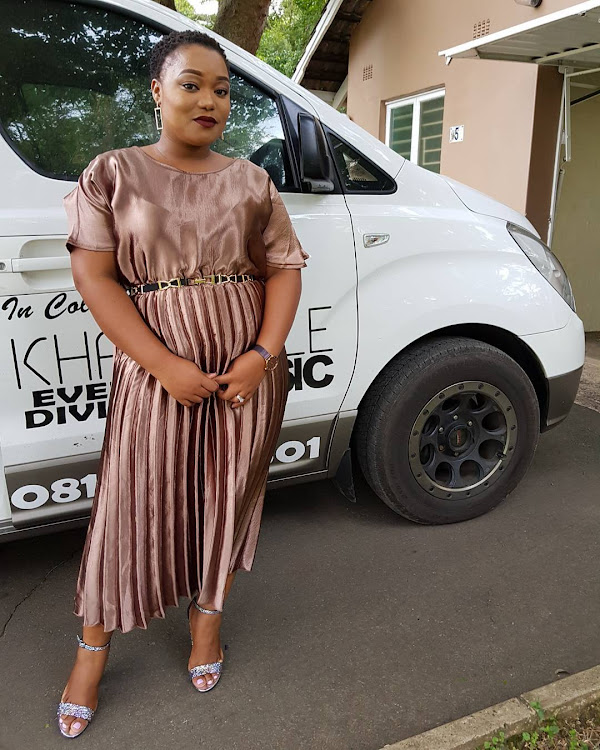 Uthando Nes'thembu's MaKhumalo is taking a break from the demanding life of a reality star to gun for a number one spot on the gospel charts.

She was in studio when we called her but her hubby Musa dished the deets on his wife's plans‚ telling TshisaLIVE that MaKhumalo would be dropping a gospel single with a well-known artist at the end of May.

The pair met after MaKhumalo performed at a venue where the artist heard her and asked Musa if she could work on the star's first single.

"MaKhumalo has been a gospel singer for some time. She always sang in church and when we have functions‚ people asked her to sing for them. She has a voice that will rise above the rest and when this gospel singer heard her sing‚ she asked if I could help them work together. I agreed‚" Musa said.

He said that MaKhumalo had wanted to record a gospel song for as long as he could remember and when the song was done‚ they would start working on an album.

"She has wanted to record for some time. I guess there wasn't much exposure‚ but after the reality show‚ she had enough exposure to explored her other talents. Right after her song is released‚ we will be going into studio."

The song‚ which will deal with the social challenges faced by her and others in her community‚ will come out the same time as the nationwide launch of the family's book‚ Life and Polygamy.

The book‚ which was only available in KZN‚ is what the popular Mzansi Magic reality show is based on.

Musa said he had no doubt that MaKhumalo had what it takes to be a chart-topping gospel muso.

"She has been a star for sometime. I can't stand in her way‚ otherwise I would fail as a husband."