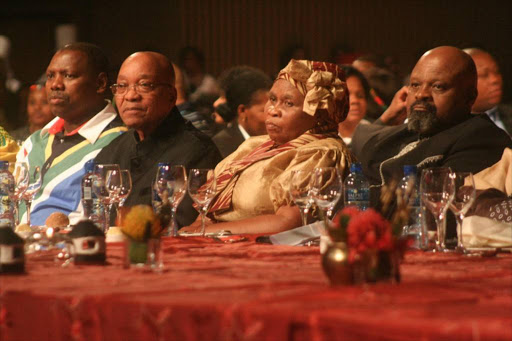 The awards were held on Saturday night at the ICC in Durban.

MaKhumalo, as she is popularly known, came to the stage dressed in a beautiful outfit with Sonwabile Mangcotywa to present the best newcomer award.

The minute she walked on to the stage the audience stood up, screamed and clapped hands in appreciating.

When Mangcotywa announced Abafana BakaDladla as winners, the audience called for MaKhumalo to do the honours.

She was so overwhelmed for a while she could not say a word.

Zuma said: "The Satma awards are a good initiative. They speak to the soul and about who we are. The awards celebrate the diverse cultures that we have in South Africa.

"But we can still do more. They are unique, that is why I challenge the lottery and others to pump more money into this event."