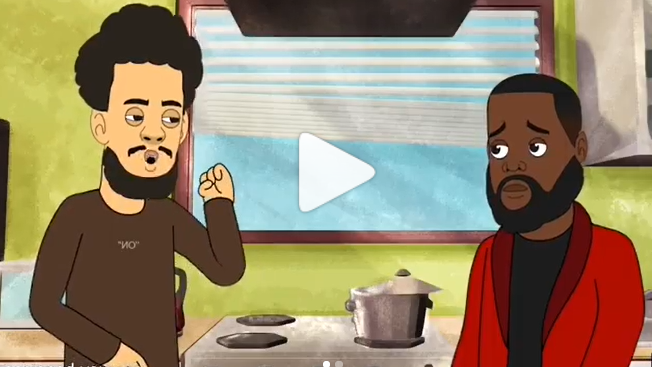 "Adults can watch it, kids can watch it – it's basically for the whole family," said Lwazi Msipha about his new show.
Image: Intagram

Self-taught 3D animator Lwazi Msipha wanted to create something for both grown-ups and kids, along the lines of The Simpsons, when he dreamed up the character that won him a coveted slot on satellite TV.

So he hit on an idea: what if his children's' cartoon character were to accidentally get stuck in the adult real world? That notion forms the premise of 'My Cartoon Friend', which debuted on Cartoon Network in SA last month - the first of his compatriots to get a full 13-episode series.

In the new show, Msipha plays himself as a young animator experimenting with some new software when he accidentally exports his creation into the real world.

He is then stuck with Themba, his feisty, sharp-tongued animation, who he must accommodate into his life - which proves challenging.

He now hopes to help grow SA's nascent animation industry, and attract talented upstarts like himself to join in.

Born-and-bred in the township of Zola in Soweto, clothing entrepreneur Xolani Sibiya has set his sights on collaborating with lucrative shoe brands ...
SebenzaLIVE
3 weeks ago

In the early days of SA’s migration into the YouTube space Microwave Boys became a leader of the pack. While those in front of the camera earned ...
Good Life
3 months ago
Next Article