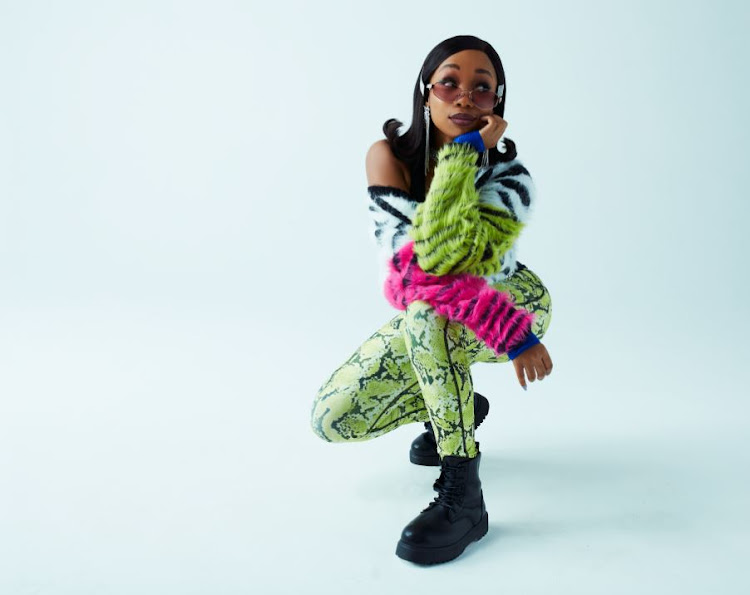 The new generation of stars is breaking the mould in every way — from the ways in which they approach their craft to how they continue to challenge society through the fearless belief that what they have to say deserves to be heard. Actress and TV presenter, Candice Modiselle, is one such star who embodies this to the core.

A self-professed storyteller, the 27-year-old seems to have finally hit the big time.

In June, she will co-star in the latest African original series by streaming giant Netflix when she takes on the role of Vuyiselwa on Jiva! The latest in a string of homegrown productions by the streaming service, Jiva! is centred around Durban dance crews whose love of dance offers them an opportunity out of societal and environmental struggles.

“It’s funny because when I auditioned for Jiva!, I’d just taken a sabbatical from acting,” she says. “When I left Generations, I said to my team: ‘I love you guys with every fibre of my being. Don’t call me. I’m not acting on anything for the next three months. I just need to regroup,’” she says. “But then they were like, ‘We hear you. However, this is Netflix’,” she laughs.

Candice first fell in love with the arts from a young age. One of her earliest memories is of crying she watched Grammy-winning musician Mariah Carey perform her 1993 hit Hero. 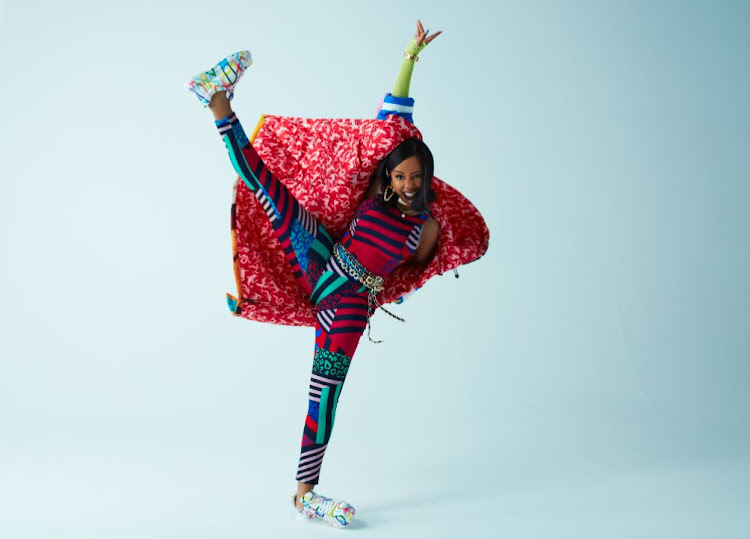 And so began her mini performances for her family, either singing Mariah Carey songs or dramatically reading out lottery numbers. “I believe that is where the seed was planted for me to be an entertainer,” said Candice.

“I was in grade one and I had the confidence to sing in front of my family — and they loved it.”

But music was not where her path would lead. Storytelling, she says, is where her true passion lies.

“I didn’t choose storytelling. I think storytelling chose me. I grew up in a home of entertainers,” she says. Her sisters Bontle and Refilwe are also in the entertainment industry.

Candice took up acting in primary school, participating in school plays. In her teens, she dreamed of attending the prestigious National School of the Arts, but being raised by her single mother Grace, and the financial challenges that come with that, put a damper on her dreams. Instead, she attended high school at McAuley House in Parktown, which initially didn’t offer drama classes.

“I was in grade 9 when it was time to select subjects and the school announced it would introduce drama the following year. That, for me, was the sign. It was crazy how that happened.”

Feeling as though she’d been given a second chance, she threw herself wholeheartedly into the subject. “I was also blessed with a teacher who really invested in my craft — from extra classes to giving me the most challenging monologues to really stretch my range.”

But the moment that sealed the deal for her was when she watched Barney Simon’s Woza Albert at the Market Theatre.

“And that for me was like, okay, this is what I want to do forever,” she says.

She went on to study dramatic arts at the University of Witwatersrand, where she graduated with honours in 2016. During that time, she continued to finesse her craft through acting in student films and small theatre productions.

“Even though I find myself here today, I struggled for many years to find work. I was learning, studying, nurturing [my craft], so by the time my TV break happened, I had plenty of experience,” she says.

Her first taste of the silver screen came when she was 21 and became a host on Mzansi youth show YoTV.

“People thought I was 16. I was there for six months and then an opportunity to be on Generations: The Legacy came along.” She also presented the Ackermans Style Squad designer competition, as well as hosted a radio show on Massiv Metro.

Between 2018 and 2020 Candice has stayed busy, featuring in an educational feature film, One Way to Graceland, and DStv drama series Impilo: The Scam. She even ventured into animation, lending her voice to the web series Coconut Confidential. In 2019, the big time came knocking when she was invited to audition for a role in a new Netflix dance series.

Despite the magnitude of the opportunity, trepidation set in for Candice as most of the characters spoke isiZulu.

“I knew my range was limited when it came to being a Zulu-speaking girl,”  she says. After an impressive audition, she was ultimately offered the role Vuyiswa, “a bourgeois, rich-tendency girl who is 80% English-speaking and 20% Zulu. I was more than fine with being Vuyiswa. But I still practised my Zulu just as hard and asked when I didn’t know how to pronounce something,” she says.

The soon-to-premier show was created by award-winning writer, director and producer Busisiwe Ntintili of The Ntintili Factory and was shot in Cape Town. It features an all-local cast including Noxolo Dlamini, Zazi Kunene, and Sne Mbatha. Thanks to dance being one of her majors during her studies, the physical side of the role was not daunting for the young actress.

“I did dancing, however, I needed to adjust my style of dancing to fit into the gqom, street-style kind of dancing.”

She hopes that the opportunity to catapult her to the next level. “I can only pray that not only South Africa, but also the global audience, will not only receive it well but will receive it with the honesty of who I am as a storyteller.”

Jiva! will premier on Netflix June 24.

Busiswa Gqulu on regaining her power and self-confidence.
S Mag
10 months ago

The Kings of The Weekend friendship is one to truly admire!
S Mag
8 months ago

Steve Harvey shares his thought on the influence of Africa on the world, and his latest season of Family Feud SA.
S Mag
9 months ago

These two skaters have big dreams for the South African skateboarding scene.
S Mag
8 months ago

It's all about wellness and sustainability at The Nest Space.
S Mag
8 months ago
Next Article