WATCH | 'I thank God that Mutodi passed knowing that I loved him,' says widow Leslee Dalton 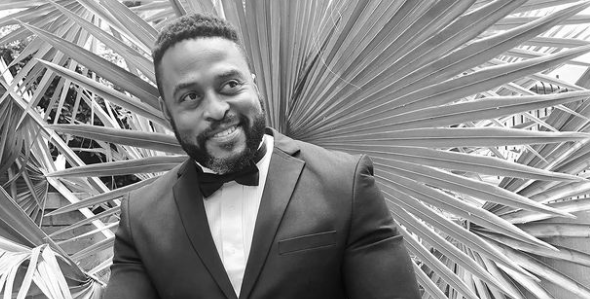 Mutodi Neshehe's friends and family celebrated his life as they laid him to rest on Thursday.
Image: Instagram/ Mutodi Neshehe

The actor passed away on Thursday last week.

“Mutodi always wanted me to be strong and independent and now I understand why. He was trying to prepare me,” she said.

After separating with the actor in 2018, Leslee revealed that they had started to reconcile in November last year and had planned on him moving back into their family home on July 1.

“We'd been keeping this a secret, but we had conversations that we needed to have. We had dates again at our favourite restaurants, we went to the lake together as a family ... we spent Christmas eve and Christmas together. We went to our special place,” she said.

“We were even working together again, it was just amazing. Mutodi was planning on moving back home on July 1.”

Fourteen days before he passed, Mutodi fell ill ... On July 1, the day he was supposed to move back in, Mutodi lost his life.

“I thank God that Mutodi passed knowing that I loved him,” she added.

Neshehe is survived by two daughters, Alexis and Sadeen Neshehe, who also expressed how much they loved their father.

“I will forever miss my dad. I will miss the sushi dates. I will miss our hugs. I will miss the way he looked at me. I know he was preparing for this. I love you dad, so much and I will be a good big sister. And I will look out for my mom. She won't be able to date anyone ... Thank you for everything.” Alexis said.

Sadeen said, “When I first heard the news of my father passing, I was heartbroken, I wanted my dad to live with me and all of us until all of us died together — that's all I want, I just want my father back. I truly miss him ... I truly love my father and just want him back.”

The late actor's nephew, Kgotso Junior Neshehe, recalled his last moments with the actor saying that before they made the decision to take him to hospital, he had experienced a scratchy throat and body aches until they put him on oxygen to help him with his breathing.

“I stepped out to call Lesley and on my way back, he had fallen off his chair and that was the last time ... I don't know, I'm going to miss you,” he said of his last moment with Mutodi. “I don't know how I'm going to fill your size 11s but I will try to make you proud,” he said.

Watch the  funeral service below:

Tributes have continued to pour in for the late TV star and businessman Mutodi Neshehe who died on Thursday following a short illness.
Entertainment
1 month ago

The actor, known for his role as Ndalamo Mukwevho on the popular soapie 'Muvhango', died on Thursday.
News
1 month ago
Next Article