Student coining it with portraits of celebrities and politicians 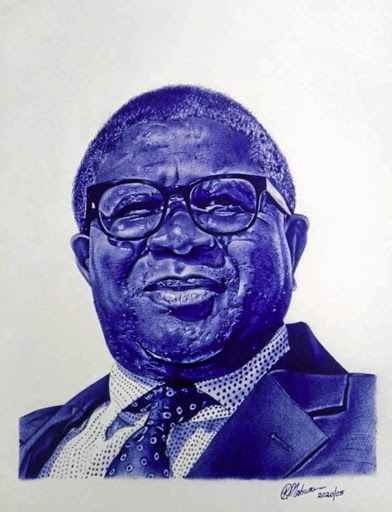 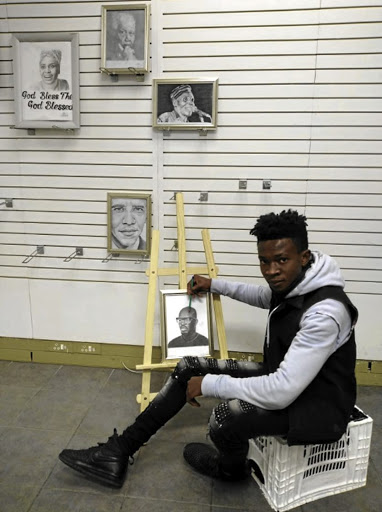 A graphic design student is making a killing by selling portraits of celebrities and politicians.

Kenny Phakula, 19, created a beautiful hyper realistic portrait of minister of transport Fikile Mbalula which is doing well that he is able to pay for his tuition at Rosebank College and look after his single mother.

He has painted beautiful portraits of high profile people like Mbuyiseni Ndlozi of the EFF, President Cyril Ramaphosa, former president Jacob Zuma and DJ Black Coffee, among others.

Business is booming for the artist who was born and bred in Tzaneen, Limpopo.

Since the birthday of the late statesman Nelson Mandela is approaching, Phakula has been kept busy by customers wanting him to create the legend's portrait. He has also been kept busy by commissions of flags from different embassies in Pretoria.

"I have to admit, business has been good. My art is selling like fat cakes on the streets. I'm able to look after myself with this money. I stopped my mother from paying my fees because I can afford to do that. Focusing on famous and established business people works for me because they have money."

He explains that charging per portrait varies according to size, material used and technique. The most affordable portraits are those that are created using charcoal because it is less complicated.

Phakula, who arrived in Pretoria last year, has become an overnight success as an artist, having launched himself by creating portraits and landscape paintings for big law firms and doctors' offices in Pretoria.

"My art is almost in every government and law firm building, so people who come here it is because they saw it somewhere. I don't have to use social media to market myself. I know some people do not have money, so we negotiate until you are also happy. But those who have money I charge them."

He adds: "I painted Dr Mbuyiseni Ndlozi and I tagged him on Twitter. He was impressed and paid cash immediately for it. Since then Ndlozi's portrait is in demand because other EFF members also want it."

The self-taught artist, who started drawing at a young age, is so good and advanced in his technique that he teaches fine art to university graduates.

"Art to me is an inborn thing. I did not go to school for it. But I teach people who have diplomas and [degrees] because they are not taught the recipe of a technique. But I also learn from them because my skill has advanced. I'm now at the last level of art, the hyper realistic; that is why they call me a pro."

"Instead of being scolded by teachers for not concentrating I was praised for my great talent. I've never looked back since then."

Master KG, Makhadzi and Sho Madjozi - all Limpopo-born hitmakers- are the three biggest snubs from the 26th annual South African Music Awards (Samas).
Pic of The Day
1 year ago