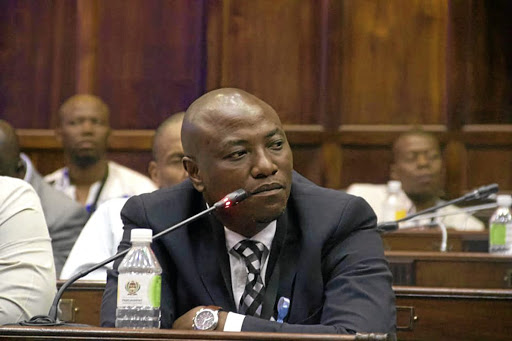 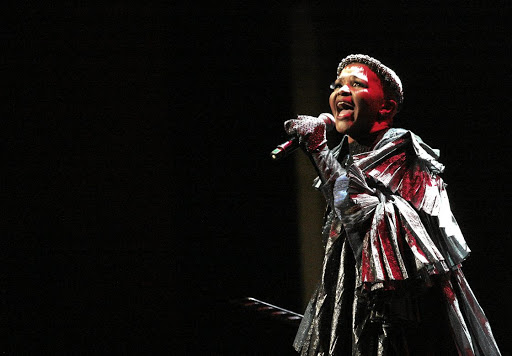 Polygamist Musa Mseleku's blood is boiling and he is getting ready to face off with Simphiwe Dana after the singer slammed his reality TV show Mnakwethu.

His anger comes after Dana took to social media and criticised the polygamy-themed show that airs on Tuesday nights.

Last week, Dana wrote in a series of tweets that ruffled Mseleku's feathers: "Is #Mnakwethu the African tradition hill y'all are willing to die on? I say y'all because it could never be me.

"Women being humiliated like this could never have my stamp of approval. Can't even believe that it's being flighted. Surely we have rights as women," she tweeted.

Dana insulted Mseleku and made references about the possible size of manhood and also accused him of having an obsession with humiliating women.

The situation is so serious that Mzansi Magic yesterday issued an apology to Mseleku over the online eruption.

But yesterday, a fuming Mseleku told Sowetan that the apology should come directly from the award-winning songstress instead.

Simphiwe Dana has joined the ever-rising number of critics of the TV show Mnakwethu on Mzansi Magic channel.
Entertainment
1 year ago

"South Africans are not as open-minded as they pretend to be when it comes to culture because they are too Westernised."
Entertainment
1 year ago

"The apology shouldn't be coming from Mzansi Magic since they have done nothing wrong.

"It should be coming from Simphiwe Dana, who went all out to insult me and my family," Mseleku said.

"There is a difference between being criticised and being insulted - and Simphiwe Dana personally attacked me on my personal capacity and my family.

"I will always welcome criticism and that's not a problem, especially when you do something that evokes a debate. This is not criticism; it's a pure insult and gross violation of my right as an individual."

In their apology, Mzansi Magic did not mention Dana by name.

"It is unfortunate that Musa Mseleku, our host for Mnakwethu, which airs on channel 161 on Tuesdays, was attacked on social media on 23 February 2020," Philly Kubheka, HOD for PR & publicity Local Entertainment Channels, said.

"The show was not intended to bring harm to the women featured in it, the Zulu culture and most importantly its host Musa Mseleku.

"The series was designed
to stimulate conversation around social issues that are dealt with in private, however, they affect the broader society.

"We are a platform that provides compelling content which is aimed at evoking and not provoking emotions through illustrating societal norms that reflect the dynamics that come with marriage and mistresses."

Mseleku said he will not rest until Dana offers him an apology at the least.

Mseleku added that he was currently seeking further advice on how to handle the matter - declining to comment further on the details.

"I'm currently seeking advice - from both Mzansi Magic and those who manage my family as to what to do," Mseleku said.

"Remember, this involves my family, she has said things that go beyond Musa Mseleku as an individual. She has dragged the name of my wives and children into it.

"My family and I are not taking this matter lightly even if I have to use the last energy left in my blood."

Dana's phone rang unanswered and she had not responded by the time of going to print.