Queen Slim is the perfect Valentine's date movie for you 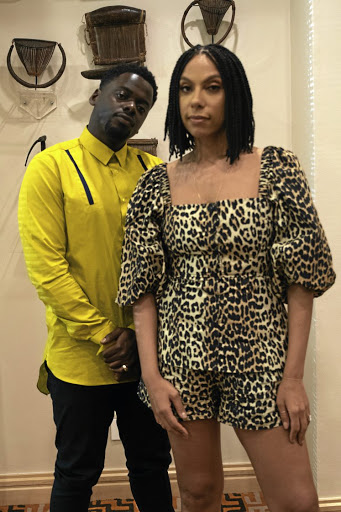 The two-time Grammy winner admits that her colourful career came with a lot of pressure when directing the feature. "There is always pressure with anything I'm doing that I put on myself to elevate my artistry," Matsoukas says.

"I always like to create work that's a commentary for black people and how we live - that speaks to our experience, conflicts and joys."

The film depicts the story of two young people who end up on the run after their first date takes an unexpected turn. After a racist police officer pulls them over, things quickly escalate when Slim (Kaluuya) takes the cop's gun and shoots him in self-defence. The couple quickly goes viral when a video of all the drama reaches the media.

"I think you can expect from the film looking at yourself and asking questions about yourself and ill-decisions in your life - above all just amazing visuals," Kaluuya teases. "It's an incredibly shot film; like all my favourite pieces of work, when you pause every frame it's a picture. That's the purpose for Melina's aesthetic."

Matsoukas adds: "I hope it's an enjoyable experience that makes South Africans think and create a dialogue."

The film opened internationally in November to critical acclaim. The New York Times calls the film "dreamy but intense outlaw romance", while The Guardian calls it a "punchy thriller" with "big, charismatic performance".

"The reception has been incredible. I think it has surpassed any expectations that I had. I always go into creating art with the intention of connecting to people and have it resonate," Matsoukas says.

"Just from the reactions that I have seen, it has done exactly that. I think that's the most satisfying thing about being an artist. Whether I make any film or not I feel like this is it. It's my masterpiece."

Kaluuya refers to the role of Slim as his favourite yet. He earned an Oscar nomination for his riveting performance in Jordan Peele's Get Out in 2018. The 30-year-old actor followed with performances in Ryan Coogler's Black Panther and Steve McQueen's heist film Widows.

"My gut drew me to this role and Melina because I'm a huge fan of her work," Kaluuya says.

"It was extremely vulnerable; with my other characters they had so many layers that it stops them from being themselves. You rarely get roles that are leads of films and they know what they want.

"There is strength in his [Slim's] honesty and it's something that I have never done before. This is not just a plain love story."

Matsoukas says there was no one more perfect to lead the movie than Kaluuya.

"I had to cast Daniel in this movie because he was everything. I met with him and he had this passion for Slim and he related to him so much," she says.

"I just saw the necessity and I didn't have a choice because I was given this amazing artist and I would be stupid not to give him the chance to create."

The film opens in SA today.