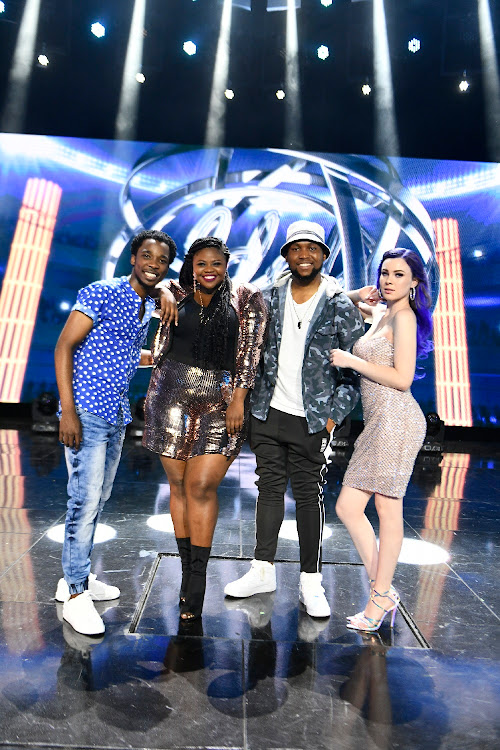 After last week’s dramatic exit with the inseparable Qwabe twins dropping the mic on Idols SA, we are back to regular programming.

Who will make the top 3?

OMG! That is my reaction to Luyolo’s supernova performance, but it also happens to be the name of the 2010 Usher sing that he blew out of the ballpark. Luyolo’s trajectory on the show has been impressive and calculative. What a week for him to explode. Someone has been working very hard to get those Usher-esque dance moves right. It paid off because he was boudoir sexy. Luyolo not only used his sex appeal to secure his spot in the penultimate, but he was cool and engaging. Vocally, you can never fault him. His Motown tribute with Night Shift by The Commodores was more subdue, effortless and showcased his incredible vocal range.

Micayla opted for Ariana Grande’s Dangerous Woman and reminded her counterparts why she’s a big threat they need to watch. Micayla is a popstar in every sense of the word and her song choice gave a clear indication of the kind of sound Mzansi should expect from her. She not only sounded the part, but she looked the part with her sequined dress and mermaid hair. Micayla is hungry for a win and the way she belted through It Must Have Been Love by Roxette just showed you how badly.

Nolo has served his purpose in the competition and has exhausted every trick in his book to give us an outstanding performance. He lived up to the performance of the Bruno Mars’ Lazy Song that he chose. The performance was very lifeless and sleepy – dare I say boring. His performance of Let’s Groove by Earth, Wind and Fire was groovier and had more conviction. But it was nothing new and special from charming Nolo.

Sneziey deserves to be in the top three, but did she do enough to secure her spot? Yes and no. Her rendition of Brenda Fassie’s Umuntu Ngabantu was a standout in the first round. She gave us the diva extraordinaire that we expect from her. But she failed to maintain the momentum and dropped the ball big time with her take of Bucie’s Superman. It was adorable and cute, but it lacked punch, especially when Luyolo and Micayla came out guns blazing. It could be a mistake that cost her the entire game.

Police had to be called in to defuse tensions between the family of Idols SA twins Viggy and Virginia Qwabe and their fans and the Mzansi Magic ...
Entertainment
2 years ago
Next Article