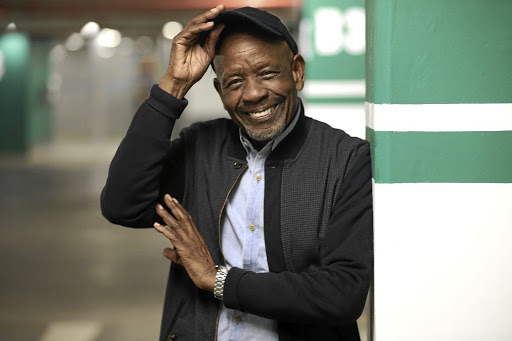 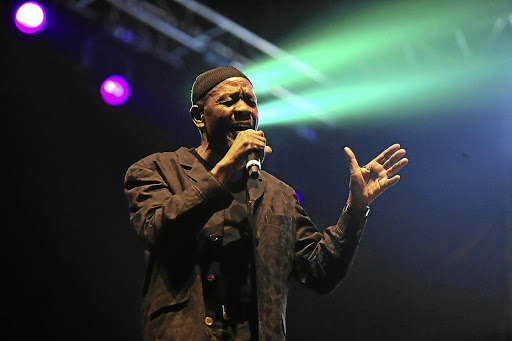 As iconic musician Caiphus Semenya celebrates his 80th birthday, at the back of his mind he is praying hard that God keeps him long enough to see the first student graduating at his music school.

Semenya is building a music and acting school in Jabulani, Soweto, with his wife Letta Mbulu. Establishing a school has been a dream that he has had since he was living in the US.

When he returned to SA in the early 1990s, Semenya continued to call for a music school that would mentor and produce fresh talent just like the old Dorkay House in Johannesburg did.

"Turning 80 is a blessing not to be taken for granted. Many friends that I started with in this journey, most of them have since passed away at 60. Even Hugh Masekela missed this milestone by a year," Semenya says.

"As much as there is some fun we will have, I never want us to lose focus on this project that is close to my heart, National Academy of Africa's Performing Arts (NAAPA). I ask that we be generous in giving towards the academy to ensure that the next Caiphus Semenya is given a chance through one of the many programmes that will run at the academy."

As he marks this important chapter in his life, a Caiphus Semenya at 80 Music Extravaganza, will be staged at the Market Theatre in Newtown on August 24 to celebrate him.

Musicians such as Tsepo Tshola, Sipho "Hotstix" Mabuse, and Condry Ziqubu are in the line-up.

The repertoire to be performed will also include music from Buwa, the theatrical production he penned in 1986 about the injustices of apartheid through the eyes of a photojournalist.

Seasoned actor Sello Maake Ka Ncube and Tshepo Mngoma have been roped in as the show's directors.

He says the proceeds from the concert will go to NAAPA that is under construction. The first phase of the construction has been completed and the second phase of furnishing is set to get under way.

Semenya cannot wait to see the school operational and producing young musicians and actors. He says when he was 19 years old singing for Katzenjammer Kids - a quartet group - he was mentored by senior musicians at Dorkay House under the Union of Southern African Artists.

"At Dorkay we met artists like Bra Dan [Poho] who would take you under their wing and mentor you until you mature. They did that free of charge. Our idea with Letta was to create such an environment where interaction between young and established musicians exists," he says.

"When I look back I realised that Bra Dan took us away from the jaws of the apartheid regime. If it was not for Bra Dan, I would have died working on the farms. My biggest wish is to see the first child graduating and after that God you can take me."

The soft-spoken musician, who was born in Alexandra, northern Johannesburg and also grew up in Benoni, credits his youngish look to healthy eating.

Like all musicians, Bra Katse, as he is affectionately known, lived recklessly during his youth, partying hard, smoking and living an unhealthy lifestyle. But when he turned 60 years, he adopted a strictly healthy lifestyle without compromise. He stopped smoking, stopped drinking beer and began eating lots of vegetables and fruits, drank black tea and ate fish.

"While I was in America, I was like many other musicians. But one day it had to stop when Letta complained about my lifestyle. When I turned 60 I remembered that when we were growing up we ate vegetables and fruits because my father was selling them."

Switching back to his successful music career, Semenya started singing professionally in the 1950s. He later became a member of the King Kong musical which toured internationally from 1959 to the early 1960s. In 1964, he joined the cast of the musical drama Sponono.

When he returned from exile living in Los Angeles, he wrote and produced hits which are still making SA dance. He says there is nothing more fulfilling than seeing people singing along to his music.