Idols SA Yanga is here to sing her own kind of gospel & it's a win for fans! 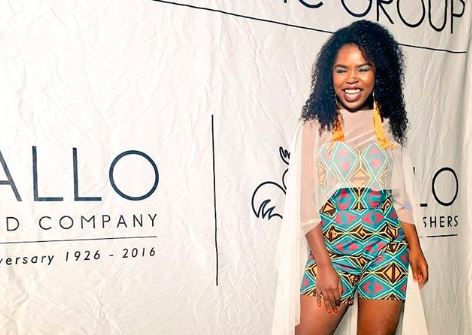 Idols SA's 18-year-old superstar Yanga Sobetwa might be young, but her powerful voice and her definition of "gospel" is bigger than her and she plans to capitalise on that.

The petite musician hosted a select group of media at a private screening of the music video for her hit single Promised Land  and explained why she had to change the initial "gospel" route she previously announced that she would take.

"I initially wanted to do gospel but I sat down with my team and came up with something that was a new sound and this sound includes gospel in terms of writing. I was thinking inside the box but ended up finding something with a gospel element in terms of writing but that was also commercial at the same time," she said.

While she admitted that she couldn't have foreseen the reaction people would have to her album, Yanga said she was amazed by the love it received and is pleasantly surprised by how quickly people "got her vibe".

"It feels really amazing and you know, actually, I've never thought it would come this fast."

At the screening, Paxton told the intimate crowd that she was proud to feature on such a talented musician's project.

WATCH | Paxton Fielies came through to support Yanga at the screening of her music video for #PromisedLand pic.twitter.com/dOeTy5cbMN

Yanga also explained that while her album didn't take the "typical" gospel route, it was still pushing the "word of God" in that it spread the message of hope and that is enough for her.

"I have definitely received great feedback from all over, people say my music brings them hope and peace and they are amazed at what the album does to their souls. That feels good, it gives me a tap on the back and encourages me to go forward."

One thing is sure... this girl is a superstar!??? #PromiseLand #YangaSobetwa pic.twitter.com/Xjf7baDdQ4

Yanga took some minutes to answer a few "get to know me" questions for her ever-growing fanbase.

I was always really good at… Talking

When I'm having a bad day, I… Vent

When I stand in front of my mirror I see… Royalty

This is only the beginning for me because... I'm 18 there's a long way to go and my vision is yet to be fulfilled