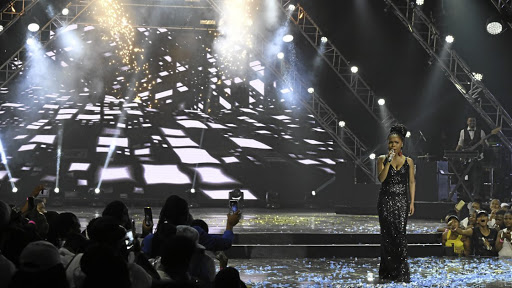 The explosive finale fit for a superstar-in-the-making featured performances by Kwesta, DJ Black Coffee and AKA.

Speaking to Sowetan yesterday, the Delft Western Cape-born talent said she hasn't slept much since her win on Sunday night at Carnival City's Big Top Arena.

Strong finale on the cards for Idols

Thato and Yanga posses different gifts to make for an intriguing contest.
Lifestyle
3 years ago

"I'm a bit tired, but so happy. I slept for like two hours. There was an after-party... danced a lot and mingled with people. I just want to sleep after three months. The journey has been exciting and fun," she said.

"Dreams do come true. I've always dreamed about this, from the year that Loyiso Gijana entered [2015]. From there I was just inspired."

Yanga added that her family is very proud of her. "My family is so happy. Apparently, my mom passed out when the announcement was made. I don't know how true that is," she said.

Another highlight for her on the show was when she received a standing ovation from the audience and judges when she debuted her single, Scars (All Over Me) during the Mzansi Magic show's penultimate episode.

"They had never heard the song and for me to get a standing ovation for that was mind-blowing," she recalled.

For now Yanga wants to focus on recording her album and growing a fan base for the genre of music she wants to pursue, describing it as gospel pop.

It takes more than just talent to produce an Idol.
Lifestyle
3 years ago

Contest down to the wire as one must drop out.
Lifestyle
3 years ago
Next Article