New kid on the block Mabuya shines on Scandal! 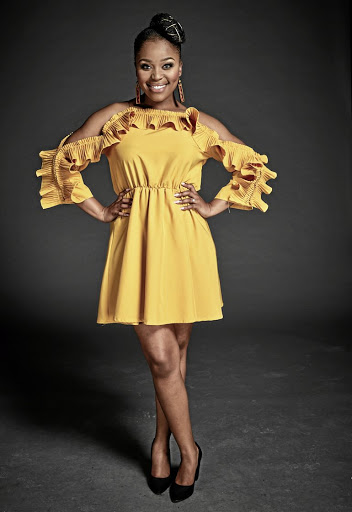 Six million die-hard Scandal! fans have for months been begging for the fall of ruthless villain Mthunzi (Bongile Mantsai).

It finally happened this week and Xolile (Sive Mabuya) put the silver bullet in his head in a shocking twist that had viewers of the etv soapie on the edge of their seats.

Who can blame Xolile? This is the man who murdered her father, kidnapped her and married her under false pretence.

It remains to be seen whether pregnant Xolile and Romeo (Hungani Ndlovu) will live happily ever after or Mthunzi will stay dead.

Mabuya tells Time Out that shooting the riveting scenes that were seen on Wednesday and last night was a rollercoaster ride.

"It was a lot. I understood the brief and situation Xolile was in. I had to step outside of myself as Sive and put myself in her shoes," she explains.

"It was tough and draining. It was challenging, because not only is she pregnant, but she's under a lot of stress and she's scared. It's a rollercoaster of emotions."

When the 26-year-old actress first made an appearance as Boniswa (Lusanda Mbane) and Siseko's (Hlomla Dandala) daughter, she was only meant to stay for a short while. Fast forward to two years later, Mabuya is the show's leading lady and central to the plot.

"I just thought I was going to come in for a couple of calls and done," she recounts.

"But when I later found out I was coming back again and again that's when it started to sink in. I'm very grateful for it all and it's a huge responsibility."

The East London-born beauty has since appeared in TV shows such as High Rollers, Easy Money and Sober Companion.

Aside from doing drama in high school, Mabuya has never had professional acting lessons. She studied public relations management.

"I learn every day. Every new role it's a challenge and learning curve for me. I'm just the new kid on the block. I still consider myself an amateur," she explains.

Mabuya will star in American mini-series The Hot Zone opposite The Good Wife actress Julianna Margulies from May 27. She plays a Kenyan nurse in the show about the real-life story of the origins of the Ebola virus. Filmed in Durban last December the drama also stars local actor Bohang Moeko.

Nkonyeni keeps a low profile despite her global appeal.
Lifestyle
2 years ago

Trevor Noah sticks it to the haters.
Pic of The Day
2 years ago
Next Article