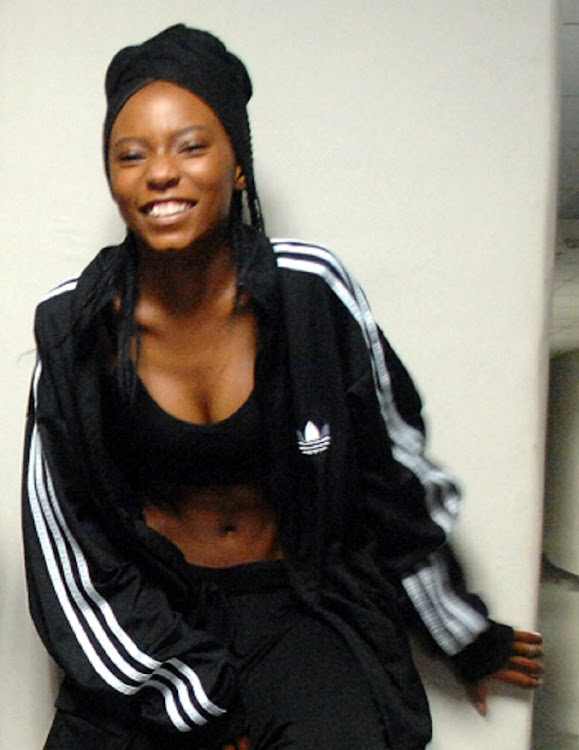 Lights, camera, action! was the order of the day yesterday in Joburg as hundreds auditioned to play the iconic Lebo Mathosa.

Celebrity offspring such as Bahumi Mhlongo (daughter of Somizi Mhlongo and Palesa Madisakwane) and Owami Mafokate (daughter of Arthur Mafokate and Queen Sesoko) were in the crowd of hopefuls.

The pint-sized actress was visibly nervous, later confirming to Sowetan that her famous parents didn't know she was auditioning.

"I'm so nervous, because I'm going to walk in there and they are going to say you are ABC's daughter," she said before her dance auditions.

"The acting I'm fine with. I'm more nervous about the dancing. I don't dance professionally. I'm just a normal black girl with rhythm.

"In high school I was a cheerleader, but it was freestyle choreography. So I know I can get the steps right."

The casting call for the six-part BET Africa biopic required actors between 10 and 14 years as well as 20 and 30 years to audition for the younger and older Mathosa, respectively.

Upon arrival they were given a script and taught a funky dance routine before auditioning with Mathosa's Sizaziwisa playing in the background.

"They are saying because I'm tiny I can pass for a younger Lebo, but I feel I have that maturity and energy to play older Lebo. But whichever one I get, I'm happy," Bahumi said after auditioning to play older Mathosa.

Arthur was there to support Owami, pointing out to Sowetan that Mathosa and Sesoko - from 90s kwaito group Abashante - were both from Daveyton and had a healthy music rivalry back in the day.

"You can't have a Lebo story without having Queen. They grew up together and were friends from an early age," Mafokate said.

"So I encouraged Owami to go audition as Lebo, but who knows she might impress them enough to play her own mom in the series. It's just an experience for her."

Lockdown actress and Mama Wa Bafana singer Nelisiwe Sibiya was another familiar face in the crowd full of fresh-faced hopeful.

Here is your big chance to play the late Lebo Mathosa in her upcoming biopic.
Entertainment
2 years ago
Next Article