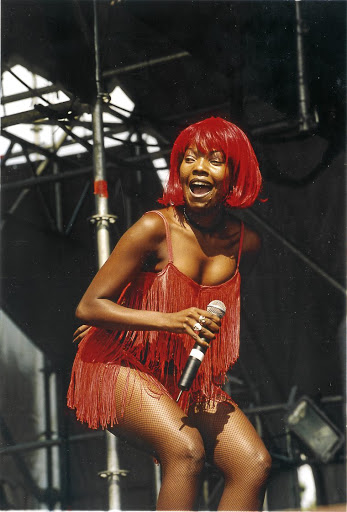 Here is your big chance to play the late Lebo Mathosa in her upcoming biopic.

The BET Africa drama series titled The Lebo Mathosa Story will depict how a young, shy and ambitious Mathosa transformed herself into Mzansi's music powerhouse as a member of the 1990s kwaito group Boom Shaka.

Auditions will take place on Sunday at the Sky Rink Studios in Marshalltown, Johannesburg.

According to the casting call, actors must be between the ages of 10 and 14 years as well as 20 to 30 years to audition for the younger and older Mathosa, respectively.

Thanks to her edgy music and fashion style at the peak of her career, Mathosa was dubbed "The New Madonna of the Townships" - after Brenda Fassie.

"Lebo was a pivotal voice of her generation and her legacy continues to inspire. It's about time we share her untold story with audiences across the continent," said Monde Twala, vice president for Youth, Music and BET at Viacom International Media Networks Africa.

The biopic is a collaboration between BET Africa and the Lebo Mathosa Foundation.

The six-part miniseries to be co-produced by Ochre Media, will air in September.

Last month, Sowetan first reported on a Boom Shaka biopic that is also in the pipeline, to be produced by renowned TV producer Legend Manqele's company Barleader.

"They must bring it here. I am ready! I am very keen and the producers should give me a chance. I will audition for the role because I can do ...
Entertainment
2 years ago