Long wait into music over for Thapelo Ramalope 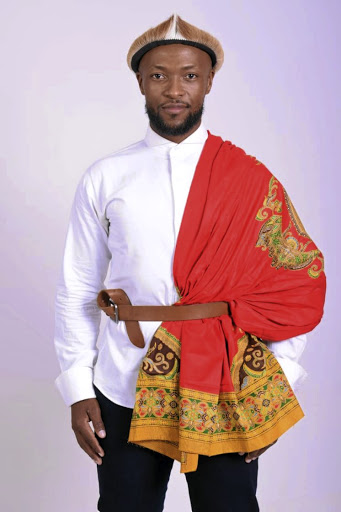 Things are looking up for the crooner, what with his first show taking place on Thursday on Valentine's Day.

He will be joined by three friends on the soul session, Vuyokazi Tshaya, an Afropop songbird, R&B's Neo Neliaz and Noma G representing Afrosoul.

Ramalope has an EP out titled Qalo and features songs Mntwana Umuntu, Ngiyasithandela and Ziphinkomo, for which he will debut its music video on the 14th.

Reflecting on his journey so far, Ramalope from Vosloorus, Ekurhuleni, says music has been in him from childhood.

"I wanted to pursue music straight from high school but my grandmother who never understood arts as a career, would not allow me. She passed on just after matric and I couldn't fulfil her wish to see me study law at varsity due to financial challenges. I also had gotten a scholarship to do electronics.

"But with the change of fortunes I had to look for a job to look after my four siblings."

His first job was as a cashier at Woolworths in Alberton. He worked his way up until he became a visual merchandiser.

"The love of fashion took over and David Tlale discovered me and I worked for him since 2006."

Setswana complaint in drama shot down

A complaint about the usage of Setswana language in the popular Mzansi Magic drama The Throne has been dismissed by the language board.
Entertainment
2 years ago

Ramalope kept doing music on the side, including backing vocals for Kelly Khumalo.

"It came a point where I got frustrated with working for someone and doing something that is not me. I felt music would bring me fulfilment. I left to pursue music and I release my EP."

Ramalope is sober about the industry. "It's full of challenges, but I am pressing on.

"Last year I was a bit relaxed. I trusted someone to run things on my behalf and they failed me and I've decided to do things on my own. I'm optimistic about 2019."

Check out Ramalope at Valentine's Soul Session at Afrobru Maboneng, Joburg, on Thursday. Tickets are R100 and doors open at 5pm.