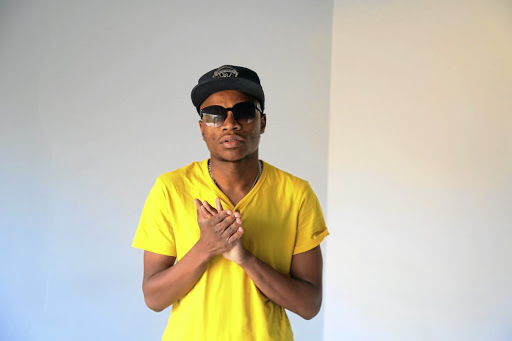 Master KG saw his single 'Skeleton Move' close the year in a stunner, keeping many dance floors busy across the country. /Supplied

Master KG ended 2018 with a helluva bang that surprised even him. He managed to stage a quiet coup and win the much coveted SABC Summer Song 2018 award from under the noses of big names in the industry.

Speaking to the unassuming 22-year-old hitmaker from Calais, Tzaneen in Limpopo, he revealed that he does not thrive on hype.

Born Kgaugelo Moagi, he cautioned that fame and money are fleeting. "I come from nothing, truly speaking. Every time I remember where I come from, that is why I don't get overexcited or overspend. I don't want to go back to my past life. I don't want all eyes on me. I live my life privately, whatever I do or buy is for me.

"I don't have a girlfriend," he laughs. "I'm always with majita (guys) that I grew up with. We go to parks and resorts and have a good time. I also don't drink alcohol. I tried it but it's not for me. I don't even smoke and partying is too much for me."

He may not be a party animal, but boy, did he get us to party? His song Skeleton Move, featuring Zanda Zakuza, not only set local dance floors alight, but took him to the rest of the African continent and the world.

The song won Best Dance/House Single at the Limpopo Music Awards and in November he took the Best Artist, Duo or Group in African Electro at the Afrima Awards held in Ghana, beating other international stars like Patoranking from Nigeria.

And this week, Master KG cemented his domination with the SABC Summer Song award, which is in effect the award for most popular song of the year as voted for by the public. He pipped the likes of Prince Kaybee with Banomoya featuring Busiswa and King Monada of Malwedhe to the top post.

"I was surprised," he says of his famous win. "It has brought me so much joy. It's one of the biggest things to happen to me. It's also my first ever biggest prize."

"I believe this win will change my life. I was thinking of donating R25,000 to a charity at home in Tzaneen and invest the rest because I was very busy in December, fully booked with gigs, so I need to save for rainy days, because you never know what will happen tomorrow... I never want to go back to when I was asking people for money. I also want to go into business, so I'm still thinking."

Claims of tribalism clouded this year's announcement of song of the year when Ukhozi FM announced Banomoya as their winner and not King Monada's Malwedhe or Skeleton Move because they are not sung in Nguni. Master KG chooses to overlook the debate. "I don't know about tribalism. Ukhozi FM played my music although late, but I remember at the end of November Skeleton Move was on top of the charts.

"I just believe that when it comes to radio stations listeners are loyal to what represent them."

Master KG started making music in 2013 playing at taverns on speakers which he hired and was charged 80% of the money he made. "It hurt me. My family couldn't support me and I didn't expect my mother to do much because she has other children and not me only."

Three years on, his persistence paid off when he released Situation, which became a hit in Limpopo and caught the attention of Open Mic Productions recording label who signed him up in 2017 and took the song to new audiences across SA.

He turns 23 at the end of this month and he wishes to have a small party to thank people who have supported him, as well as family and friends. He also wants to have a bigger celebration at Calais where he will celebrate with the community and invite fellow musicians.

"It's important for me to take it back home for people who supported me from the get go. I appreciate them for understanding me before everyone else."

In 2019 Master KG will be releasing new music. He already has Waya Waya, featuring Team Mosha, which landed the number three spot on the Thobela FM song of the year charts. More new music comes in March in the form of a single.

He's also in line for a Soundcity MVP Award tomorrow in Lagos, Nigeria where Skeleton Move is in line for Song of the Year.

Watch out for him.