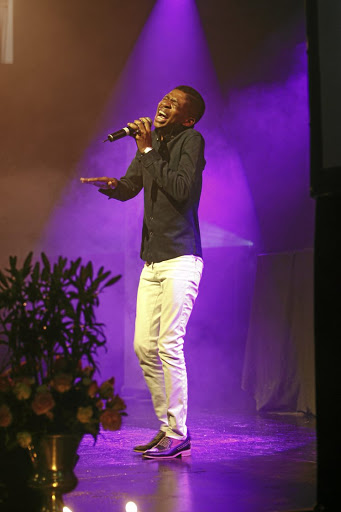 Friends of the late gospel sensation Lundi Tyamara will stage a tribute concert on his birthday.
Image: Mabuti Kali

He was buried at Zwelethemba Cemetery in Worcester, Western Cape.

In celebration of his 39th birthday, his friends will raise funds in honour of his memory. The gala event and performance will take place at Reef Hotel in the Joburg CBD on December 16.

According to his friends, three months after being buried, Tyamara's tombstone was vandalised.

Gospel singer and one of the organisers of the event, Thabiso Moloi, said the family has tried to get the company that installed the tomb to fix it, but it demanded payment. The company reportedly asked for R5,500 to fix the tombstone.

"What is funny is that the fencing around it is still standing. Which means someone scaled the fence just to break the head of the tombstone," Moloi said.

He said the family has been struggling to raise the funds to fix the tombstone as no one in the family was employed.

"As people who lived and worked with Lundi, we feel it is important to assist the family. We chose December 16 because it's his birthday. Gospel artists have responded to this cause because they see a need," Moloi said.

“We are grateful that there are people who want to celebrate Vuyo," Tebogo Mokoena, his widow, said in a statement.
Entertainment
3 years ago
Next Article