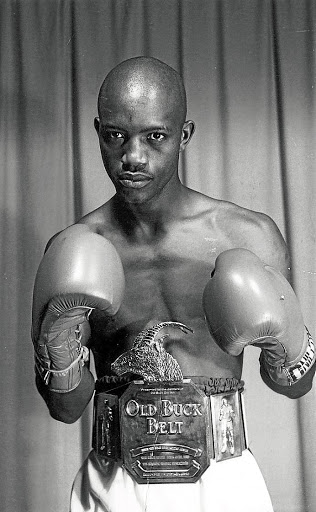 The late Tsietsi Maretloane will always have a special place in South African boxing history, more so in the hearts of his many admirers.

It is thus proper to exalt the fallen hero today - a day before South Africa celebrates Heritage Day.

He was the first black South African boxer to win an undisputed SA title after stopping Freddie Rust in the 11th round of their featherweight bout on November 14 1977.

That was just after mixed bouts between black and white South Africans had been legalised by the SA Boxing Board of Control. The system of "white" and "supreme" titles was then discarded.

Born in Mdantsane on May 26 1954, Maretloane made his professional debut in 1973. After being stopped in six rounds by Ben "TNT" Lekalake in 1974, Maretloane defeated Alfred "Kid Bassie" Buqwana (retired world-class referee and judge) and Joseph "Skiet" Tsotetsi. Maretloane then won the SA "non-white" featherweight title after defeating Victor "Kid Shuffle" Mpiyakhe on May 8 1976, and also outpointed Evans "Kid Jaguar" Gwiji.

Boxing trainer Themba Zulu to be buried on Thursday

Maretloane then met Sibaca in a rematch. Again, he was alleged to have had endless battles with the scales, but eventually made the weight limit looking like a zombie. Sibaca stopped him in round 11 at Mdantsane Stadium on October 28 1978.

Maretloane showed his true class and ability by defeating revered Nkosana "Happy Boy" Mgxaji and respected Norman "Pangaman" Sekgapane before failing to win his second SA title after being stopped by holder Peet Bothma in the 11th round on February 28 1981.

In his last fight, on April 11 1981, Maretloane was stopped in the sixth round by rising star Aladin Stevens, who later won the SA lightweight title.

Maretloane finished his career with a record of 22 wins, seven losses and two draws.

After retiring from boxing, the soft-spoken gentle giant devoted his life to preaching the gospel before he passed on in 2002.

Khanyile "Man Dee" Bulana did not tell his parents he was moving to Johannesburg.
Sport
3 years ago
Next Article