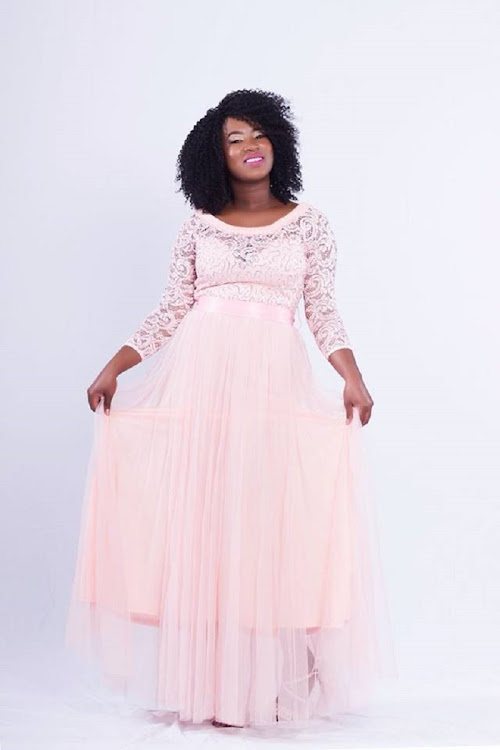 Gospel musician and songwriter Thobeka Mahlangu oozes the qualities of a star.

While other musicians are still trying to make a name for themselves, Mahlangu has found her feet in the industry.

In June, she had a sold-out solo show when the 24-year-old packed the Atterbury Theatre in Pretoria. This is before even releasing her debut album.

"I have been fortunate that I have been backing a lot of musicians. This is where I built my own fan base," she says.

But with all her success, Mahlangu still does not see a need to rush into releasing her debut album. She built her profile and fan base while backing different musicians such as Tebello Sukwene, Jonas Masotla, Nqubeko Mbatha, Ntokozo Mbatha and Buhle Thela.

"I don't think I should pressure myself into recording because of the fan base I have.

"I am still cooking in the studio. I am taking my time because I really want to present my fans with quality," she says.

Mahlangu is a full-time member of Joyous Celebration and says being part of such a successful ensemble has elevated her profile as a singer and introduced her to the group's wider following.

"Joyous Celebration is one of the most successful and famous groups in South Africa. I am honoured to be part of it. I want to use the platform to build my brand."

Born and raised in Delmas, Mpumalanga, Mahlangu started her career in singing at Sunday school and church choirs.

Coming from a family that loves music was a bonus for Mahlangu, who made her breakthrough when she posted a video of her singing on YouTube.

The video quickly attracted the attention of many local gospel stars and recording companies.

Among the musicians who were impressed and later headhunted Mahlangu was Sukwene.

"Tebello came to my parents to ask for permission that I become her backing artist. From there she introduced me to other musicians."

Mahlangu is also a self-taught songwriter and has written songs for musicians such as Lebo Sekgobela and Joyous Celebrations.

Mahlangu, who used to sing in weddings and school concerts, is a trained nurse by profession. She has since taken a break from her nursing duties to focus on singing.