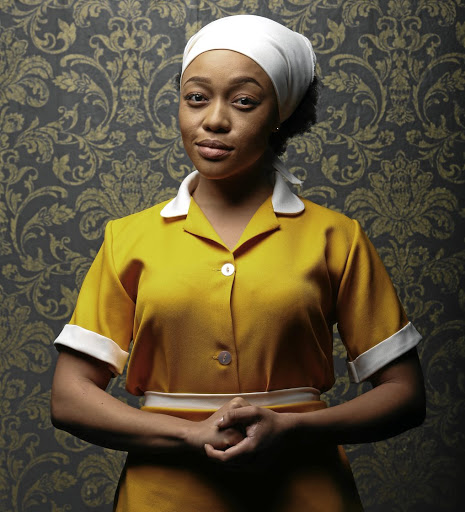 Prepare to see TV femme fatale Thando "Thabooty" Thabethe like you have never seen her before in new drama series The Housekeepers.

Famed for her famous curvy derrière, just as much as she's known for her daring acting stints, the 28-year-old actress undergoes a demure make-under for the new Mzansi Magic show.

When the show premieres on October 8, viewers will see Thabethe lose herself in the identity of character Linda Ndlovu - sporting barely-there makeup and mustard, buttoned-up maid's uniform.

"I have never been portrayed like this on screen. Most of the roles I have played ... are very glamorous. So this is far from me," she teases. "It is an amazing drama, working with some of the best actresses in the industry, Safta-winning DOP (director of photography) and the best directors - both directors are female. It's a female-led cast and the show is just pro-woman."

Renowned for her sidekick film role in Mrs Right Guy, this is Thabethe's acting comeback since she left Generations: The Legacy a year ago, where she played vixen Nolwazi on the SABC1 soapie.

"I was really nervous to make that decision [to leave Generations]. The working environment there was amazing, so it's very easy to get comfortable.

"You also have a monthly salary, which as a freelancer gives you security. But I'm still very young, I was more than willing to take on the challenge, but it was a difficult decision."

As part of the newly announced Ciroc x Moschino collaboration, the pint-sized beauty made history last night by walking the catwalk for Italian luxury label Moschino, as part of the ongoing Milan Fashion Week. 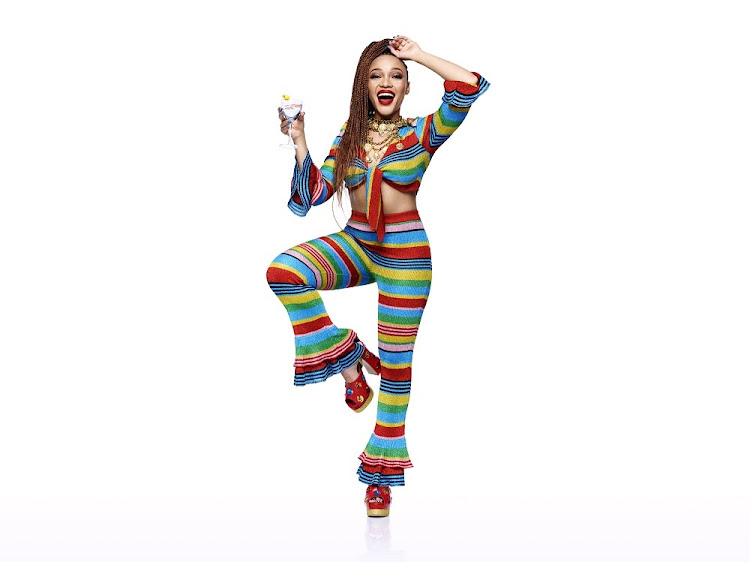 In true fashion style, there was plenty of mayhem ahead of her big debut as we spoke on Thursday morning. She was forced to spend the night in Frankfurt, Germany, as a result of airplane drama.

Even our chat hits a huge snag as bad cellphone reception persists, but the internet gods seem to be on our side as we settle on WhatsApp voice notes. You know what they say in showbiz - the show must go on.

"I'm very excited to finally share the news with the world. We have been quiet about this for about two months," she says. "We are not in Milan yet, we had drama with SAA. They had to refuel and then there was another mechanical problem just before we took off. But we should be in Milan in the next two hours."

Thabethe appears to have her nerves under control. After all, she already hit it off with Moschino's creative director Jeremy Scott during their photo-shoot for the campaign in Los Angeles. "I haven't seen the look I'm modelling, but all the Moschino stuff is fantastic - playful and vibrant.

"I think it will be an amazing show. We met Jeremy at a shoot we did in LA. He's cool and friendly."

She also exclusively shares with Time Out that as part of her Thabooty Underwear and Shapewear line, she will release a limited swimwear range in October.

Despite booking big international campaigns, holding it down on the airwaves with 5FM, returning to TV and making a name for herself in fashion, Thabethe insists there is no secret to her success.

"The world is your oyster, here we are on an international platform, celebrating fashion and life. It's really exciting times," she shares.

"As you grow older and wiser you are more yourself. I think I'm just growing into myself and learning who I am and what I like.

"I'm just focusing on the things I want to do and what makes me happy. Everything I do is from the heart."