Minimum wage not the same as a living wage

Are you paying your domestic worker a living wage? 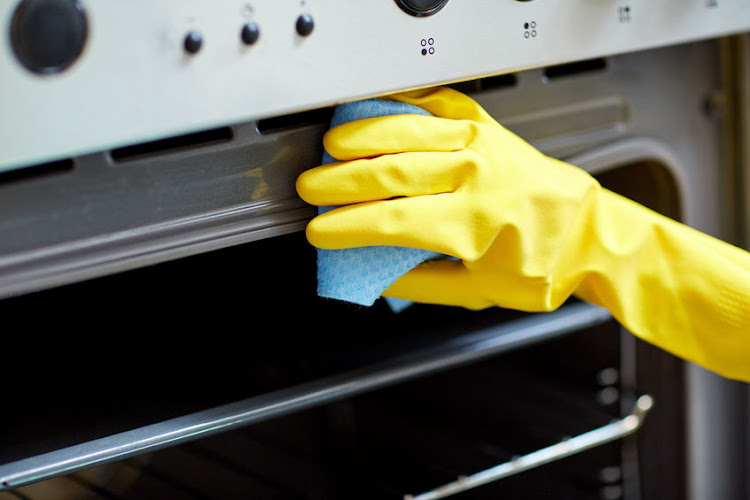 Nelisiwe Mase travels 56km a day four days of the week between her home in Makhaza in Khayelitsha on the Cape Flats and Cape Town’s southern suburbs where she works as a domestic worker for two employers.

She is the sole breadwinner in her household of four and based on the minimum wage - which increased at a below-inflation rate of 3.8% on March 1 from R15 to R15.57 an hour - she should be earning R2,242 a month.

Code for Africa has a Living Wage calculator, which can help you work out what your domestic worker’s living costs are.

Using the calculator Mase’s  minimal monthly needs add up to R4,900, 50% of which would go to food. As is the case for many domestic workers, this is more than Mase earns and more than double what she would earn if she were paid the minimum wage.

The calculator uses the latest Household Affordability Index (May 2019) which estimates that the cost of feeding a family of four a basic nutritious diet is R2,474 a month. This alone is more than what she would earn at the minimum wage.

Mase’s fortunate to earn more than the minimum wage, but she still struggles to survive. She tells Money she has no washing machine, no stove and no oven and still her electricity bill is R500.

As her employers allow her to travel out of peak times, her transport costs are just under R600 a month.

For food, Mase says she only buys the staples like rice and mealie meal, which leaves her nothing for other expenses, including emergencies.

She doesn’t have any debt, and only spends R200 a month on a funeral policy. She had abandoned contributions to her stokvel.

“In the township we don’t talk about money because we are too afraid to hurt someone’s feelings who may be earning the basic minimum. And there are some bosses who insist on paying the minimum, despite the sacrifices we make,” Mase says.

Describing the minimum wage as “very sad”, she says many domestic workers wake before dawn and spend at least two hours in traffic to get to work on time. “Is this worth R15.57 an hour?” she asks.

Sebastien Alexanderson, CEO of National Debt Advisors (NDA), says the lowest earners like domestic workers still live the farthest from their places of work 26 years into democracy and they are the most impacted whenever transport costs go up.

“A large sector of South African society cannot even afford the basic food basket. Sadly, this seems to indicate that if those living on the national minimum wage wish to survive, they will have to forego healthy eating habits and vital nutrients,” Alexanderson says.

"It's truly a vicious cycle, as bad nutrition leads to illness which forces workers to take off hours, and even full days to seek help at state health facilities – often losing out on their daily wages," he says.

Mase says she barely survives but keeps afloat by only buying what’s needed, resisting the urge to take on any debt, her employers’ goodwill and her strong faith. 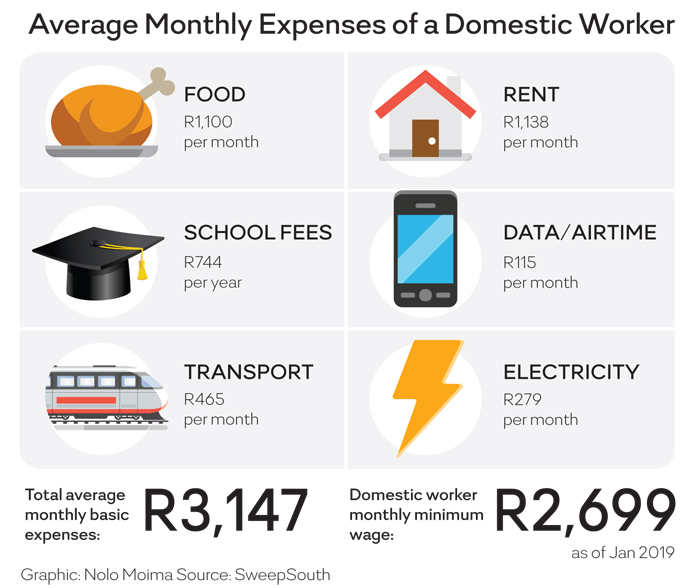 How you can help ease your domestic worker’s financial position

However, there are things you can do to improve your domestic worker’s situation.

Mduduzi Luthuli, independent financial adviser and founder of Luthuli Capital, says the single biggest gift you can give your domestic worker is ongoing financial literacy education.

“It's not so much about the amount of money you do or don't have, but rather your ability to manage, grow, budget and ultimately control it,” says Luthuli.

Shepherd Silayi, senior debt review manager at NDA, says looking after your domestic worker’s best interest is more than paying the minimum wage. “The minimum wage is just a safeguard, but you, as the employer, can judge from your own expenses if it’s a living wage,” he says.

He suggests you at least add a big portion of your domestic’s transport costs to the minimum wage if you cannot afford more.

By law you are required to register your domestic for unemployment insurance and contribute monthly which should protect her should anything happen to you, or your or her circumstances change. “Your domestic may fall pregnant, or you may have to lay her off for a number of reasons, including retrenchment. She will then, just like you, be partially covered by the UIF while looking for other work,” Silayi says.

It's not so much about the amount of money you do or don't have, but rather your ability to manage, grow, budget and ultimately control it.

Apart from helping your domestic worker become more financially literate, you can also help make her more employable by upskilling her with driving or cooking lessons, Silayi says.

Assisting with school fees or just buying stationery is another good way to help your domestic worker, he adds.

Luthuli says the most important skill you can teach your domestic is to start and stick to a strict budget by tracking her income and expenses.

You can also encourage her to get a side hustle, like starting a veggie garden and selling some of the produce.

Silayi suggests you help your domestic review her bank account to make sure she has the cheapest fee option for her needs.

Also help her check her accounts for insurance policies she may not need. Although it is a good idea to have credit life cover, store offered cover may not be the cheapest and if she already has funeral cover she may not need that which comes with a store account.

“If you end up having nine retail accounts with life insurance attached, in addition to your life insurance policies, you can find yourself spending a small fortune on the same thing,” Silayi says.

Cut your own electricity bill by switching off your geyser and teach your domestic how to do so as well.

To save on your food and medicine bills both Luthuli and Silayi suggest you teach your domestic worker to buy generic, to shop for sale items and help her buy non-perishable items in bulk to get the cheaper per unit price.

What is the national minimum wage?

President Cyril Ramaphosa signed the National Minimum Wage Act into law on 27 November 2018. It  excludes farm and domestic workers and people employed on the government’s expanded public works programmes. They all remain on the lower, sector-specific minimum wage standards. The minimum wage, which was set at R20 an hour, has increased to R20.76 as of March 1 2020.

The 3.8% increase was met with outrage, with the Federation of Unions of South Africa (Fedusa) slamming it as “simply undignified”, “totally unjustifiable” and “in serious conflict with the vision of ejecting millions of South Africans out of the poverty trap” when the legislation was crafted.

The union federation says it will urgently place the item on the Nedlac agenda when it engages the Presidential Working Committee later this month, as this latest move “degrades all progress of extending the Decent Work Agenda in South Africa”.

Quirky strategies to turn your cents into rands

Does talk of saving a percentage of your salary every month scare you? The challenge to save just a few rands at a time may be more palatable - like ...
Business
2 years ago

There is an increasing array of simple, low-cost ways to save with low or no minimum investment requirements, and no penalties for withdrawing funds ...
Business
2 years ago

Start your financial year off on the right footing

The start of the new year represents a chance to better manage various aspects of our lives, especially our financial wellbeing. Here are three key ...
Business
2 years ago
Next Article