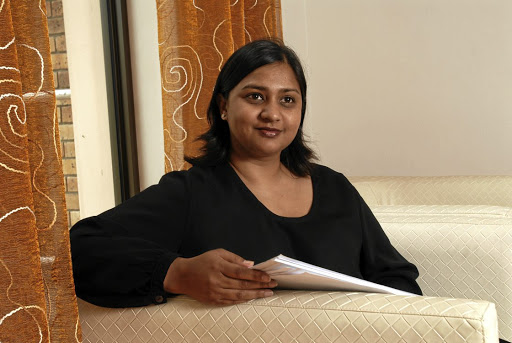 Pension fund trustees must decide how to allocate any death benefits from your fund equitably among your dependents and those you list as nominees.

A board that fails to consider all your dependents and nominees' circumstances after your death can be asked to reconsider, recent cases before the Pension Funds Adjudicator show.

The distribution of your pension, provident, preservation or retirement annuity fund savings and any life cover you have through your fund is governed by section 37C of the Pension Funds Act, Tashia Jithoo, an independent pension law specialist, says.

These death benefits will not form part of your estate after your death and you cannot direct how they should be distributed through your will. Instead, section 37C places the duty on the trustees of your fund, using your beneficiary nomination form as a guideline to your wishes, to determine how to distribute the money equitably.

Jithoo says the law aims to ensure that none of your dependents is left without financial support after your death, but the trustees cannot just ignore those you nominate to receive benefits. They can override your wishes but should have good reasons for doing so.

WHEN TRUSTEES GET IT WRONG

Muvhango Lukhaimane, the Pension Funds Adjudicator, recently decided the Absa Pension Fund trustees had got it wrong and ordered them to reconsider their decision to allocate the entire death benefit of more than R1m to the 75-year-old mother of a deceased member. The member had listed his mother and his ex-partner as equal nominees.

The fund said the mother's age and her son's responsibility to take care of her needs beyond the state grant she received were reasons to exclude his former partner. The member and his former partner had had a child together but it died in an accident with the father.

The trustees also argued that the former partner was only 37 years old, was employed and earning enough to support herself. The woman and her partner had separated by the time the member died.

Who can you trust with your death benefits?

Your will sets out how you want your property and investments to be distributed when you die.
Business
3 years ago

But the adjudicator said the former partner was still a nominee on the deceased's beneficiary form and as such the trustees should have considered her and the mother.

"The [former partner] did not have to prove that she was financially dependent on the deceased for her to be considered. The mere status of being a nominee compelled the fund to consider her situation," Lukhaimane explained.

THE BOARD DOES RIGHT

In a second case before the adjudicator, she found the board had correctly ignored a member's decision to only nominate his sister, as he had an unemployed son who was receiving support from him.

Despite the sister saying she was aware her brother had a son but she did not know his name or his whereabouts and had never met him, the trustees found out that the son was known to the family.

Things that delay the timely payout of death benefits:

• Beneficiaries and nominees not submitting all required information as soon as possible.

• When beneficiaries and nominees want someone excluded from benefiting, prolonging the investigation by trustees.

WHO YOUR FUND WILL REGARD AS A DEPENDENT

Your legal dependents are anyone you were legally liable to maintain such as children, parents and grandparents.

Spouses including permanent life partners and those from a civil union, customary or religious marriage are also recognised.

Who is a nominee?

The Pension Funds Act does not define a nominee, but when you complete the form to stipulate how your retirement fund benefits must be distributed you should name both your dependents and anyone who is not a dependant to whom you would like your savings paid.

The nomination must be in writing and you should say how much of the benefit you want each person to receive. If you have no dependents and your estate is able to settle all your debts, a nominee will be paid the specified amount unless they were responsible for your death.

The more information you give on your nomination form, the easier it is for the trustees to understand your family's circumstances.

The trustees of your fund have 12 months after being notified of your death to determine whether you have any dependents.

Your ability to earn an income is your biggest asset, safeguard it

Your ability to earn an income is your most valuable asset, whether you're a young graduate, employed by a company or a business owner.
Business
3 years ago