Gold miners to strike for R1,000 a month increase at Sibanye-Stillwater 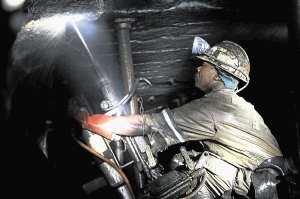 NUM and Amcu have demanded an increase of R1,000 a month over the next three years. File photo.
Image: Moeletsi Mabe

Sibanye-Stillwater has received a notice of strike at its local gold mining operations from two unions starting on Wednesday, the company said on Tuesday.

Another major union of workers, Solidarity, split from the coalition last week after accepting Sibanye's final wage offer of a 5% annual pay increase.

NUM and Amcu, the two biggest mine unions in SA, have demanded an increase of R1,000 per month over the next three years, similar to the amount Sibanye's rival Harmony Gold agreed to pay last year.

Sibanye's CEO Neal Froneman said the company would not be revising its final offer, as it could not sustain higher wage increases.

“There are no winners in a strike,” Froneman said in a statement on Tuesday.

“We urge employees to carefully consider the consequences of strike action on them personally and collectively. Strike action will only serve to jeopardise the sustainability of our gold operations and, ultimately, their futures.”

Appian Capital Advisory has served Sibanye-Stillwater with a notice of claim seeking compensation for the SA miner's termination of a planned ...
Business
2 months ago

Sibanye Stillwater has continued its push into battery metals with an announcement on Tuesday it would buy the Santa Rita nickel mine and Serrote ...
News
6 months ago

Amplats to sell stake in two mines to rival Sibanye

Anglo American Platinum (Amplats) will sell its 50% stake in its Kroondal and Marikana operations northwest of Johannesburg to Sibanye Stillwater, ...
News
3 months ago
Next Article