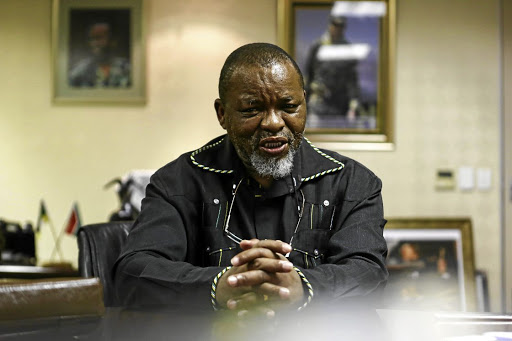 South Africa's mining minister on Tuesday accused Sibanye-Stillwater of breaching regulations on Black ownership targets at its gold operations and said the miner had stolen its compliance rating.

To try to rectify the wealth disparities left by the apartheid regime, government regulations require South African companies to ensure Black investors own a proportion of their shares.

Companies are given a rating depending on their level of Black ownership.

In 2013, Gold Fields spun-off some of its gold assets into Sibanye Gold, which was renamed Sibanye-Stillwater after it diversified into platinum mining.

Mantashe said Sibanye used the compliance credits given to Gold Fields when Mvelaphanda Resources, a Black investor-owned firm, acquired a stake in its subsidiary.

It was inappropriate for Sibanye to use the "empowerment transaction" between Mvelaphanda Resources and Gold Fields as its own, he said.

Sibanye-Stillwater spokesman James Wellsted said the empowerment credits were transferred to them because Gold Fields placed some gold mines into a subsidiary company that held the empowerment rating and later became Sibanye Gold.

"We are very confident of our position," Wellsted said, adding that the company was engaging with the mining department.

Mining companies have repeatedly said they should not be compelled to maintain a level of compliance should Black investors sell any of their shares.

The mines ministry in August withdrew an appeal following a court ruling that held that mining companies did not have to maintain at least 26% Black ownership, a level set in the previous mining charter, in perpetuity.

However, the Minerals Council, which represents mining companies, is seeking a judicial review of clauses related to past ownership in the 2018 mining charter, which raised the Black ownership level to 30%.

The Association of Mineworkers and Construction Union (Amcu) has called for the amendment of the Mine Health and Safety Act after the death of two ...
News
1 year ago