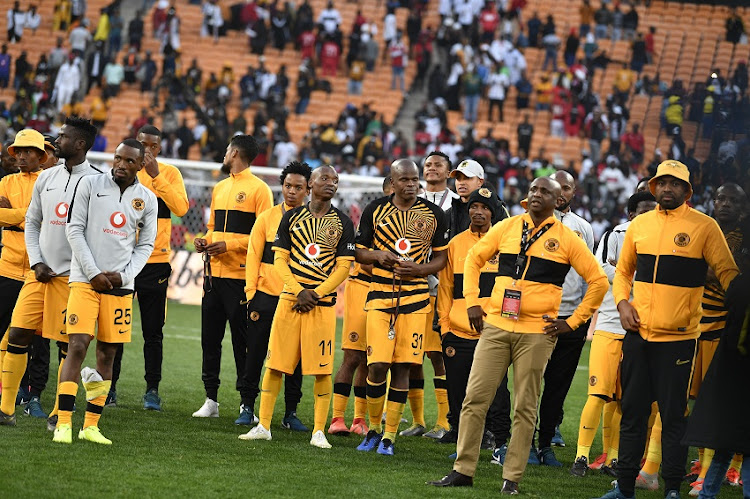 Kaizer Chiefs have now gone four season without a trophy and their long-standing lustre has slipped dramatically.

Crowds are down and fans fleeing as the Soweto giants face a make-or-break season.

Chiefs’ faithful will hope their club are back in the mix for titles this season but there will be few who are overwhelmingly confident that this indeed will be the case.

The club made no progress last season‚ admitting their failing when they fired Giovanni Solinas but then continuing the mediocrity under Ernst Middendorp.

He surprisingly remains in the job despite the shock of the Nedbank Cup final loss to lowly TS Galaxy‚ finishing out of the top eight and not winning any of their last seven league games of the season.

Chiefs looked to have been squeezed out of the local market and so are banking on four untested foreigners to turn around the fortunes. But whether Lazarous Kambole (Zambia)‚ James Kotei (Ghana)‚ Samir Nurkovic (Serbia) or Kearyn Baccus (South African-born Australian) are the panacea to four seasons of bitter disappointment remains to be seen.

Already there are questions about Kambole‚ who flopped at last weekend’s derby at Soccer City‚ despite looking good in preseason. Khama Billiat is also a question mark‚ having developed a testy relationship with Middendorp after being Solinas’s glory boy.

Chiefs look like a side who are still trying to find their playing style but with Middendorp in charge‚ be sure that they will be well structured.

He often prefers three centrebacks and to build up from the back‚ playing compact and using the wingers to get forward. But if things are not working the German has never hesitated to ring the changes and been known to bring on substitutes as early as the 20th minute of the game.

Chiefs have an opportunity to get off to a good start as they play three of their first five league matches at home. Plus they are not involved in the MTN8‚ which gives them a chance to stay focused and some rest in-between.

Their season begins on Sunday with a tricky away game at Highlands Park at Makhulong Stadium and later in the month they also go down to Cape Town City. But as former stalwart Neil Tovey wrote‚ in his recently published book‚ Chiefs are club “who should never be afraid of any team they play”.