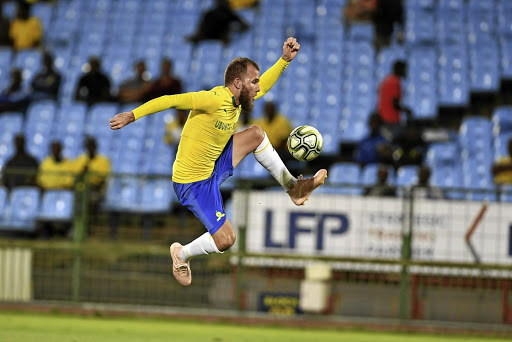 It goes without saying that Mamelodi Sundowns will sign new players in the transfer window, but coach Pitso Mosimane has hinted that many are set to leave.

"We will keep the team - we keep the players we have, but of course you've got to reduce [the number]," Mosimane said. "There are a lot of players who we are going to give space to leave, but you need to strengthen a little bit."

New Zealand striker Jeremy Brockie could be the biggest name to leave after a difficult season in which he managed 17 appearances and scored two goals. Goalkeepers Reyaad Pieterse and Thela Ngobeni have been linked with their former club, Kaizer Chiefs.

Winger Aubrey Ngoma could also be on his way, as is midfielder Lucky Mohomi, who came close to securing a loan move to SuperSport United in January. It also appears there would be no space for striker Cuthbert Malajila, who has battled injuries.

Pitso Mosimane dedicates his award to his Mamelodi Sundowns players

Pitso Mosimane has dedicated his Coach of the Season award to his Mamelodi Sundowns players after winning the top prize for the second year in a row ...
Sport
3 years ago

Mosimane, meanwhile, is looking forward to strengthening the squad ahead of next season.

"Yeah, I've never known any team that says, 'no, we don't want any player'. Ask Man City if [coach] Pep Guardiola wants to sign any player.

"Ask [Barcelona coach] Ernesto Valverde who won the league with so many points if he wants to strengthen. We all want to strengthen.

"The CAF Champions League doesn't require the same kind of quality and personnel as the Absa Premier League," Mosimane said.

The coach is looking for a striker capable of getting more than 10 goals in the Champions League.

"We need one more upfront - a strong one - who's convincing and can get 10-12 goals [in the Champions League]. Emiliano Tade is good and will help us a little bit. I think he can help us with the first round, group stage and quarterfinals.

"But the semifinals and the final are different games."