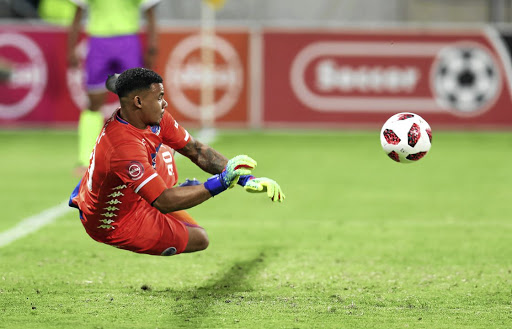 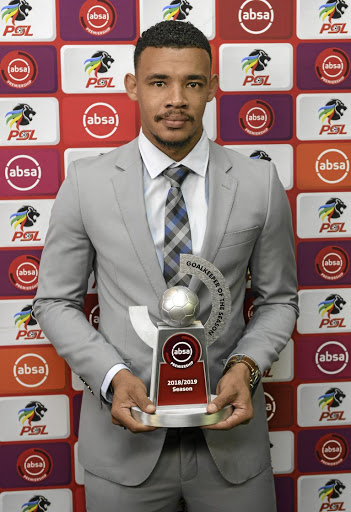 It's been a season to remember for SuperSport United goalkeeper Ronwen Williams, but there's also a painful reminder about Bafana Bafana that's weighing heavily on him.

Williams, 27, is expected to be in the Bafana squad for the 2019 Africa Cup of Nations starting next month in Egypt.

Following his fine season with Matsatsantsa, he was voted the PSL's best goalkeeper for the 2018/19 campaign at the weekend. He's encouraged to go and fight for the number one jersey with Darren Keet of Bidvest Wits.

Kaizer Chiefs' Itumeleng Khune, who's the nation's number one, is expected to miss out on the tournament because of a shoulder injury that has sidelined him for months.

Williams, however, feels that even after a good season, the nation just can't seem to forget about his Bafana debut five years ago when he conceded five goals against Brazil at FNB Stadium.

The Port Elizabeth-born shotstopper, however, is a patient man and believes he's destined to do well in international football. After all, he kept working hard even when he wasn't nominated for the Goalkeeper of the Season gong for the last seven years. His only nomination was in the 2011/12 season, which was his first in the top-flight.

"It's a sad reality that I'm facing at the moment, because people keep throwing the Brazil game in my face. I need a big performance (for Bafana) for people to get over that. if I get the opportunity, this time I'll make sure I grab it with both hands," admitted Williams, who was speaking after receiving his award at Durban's International Convention Centre.

"It's not easy. When others are out there partying, you need to prepare well. I've got a problem with my weight and if I don't train well, I put on weight very easily. I work very hard in the gym with our physical trainer," he said.

Williams is inspired by Mamelodi Sundowns goalkeeper Denis Onyango, who was his teammate when he started out at SuperSport.

"Every season, I want to be the best. I look at Denis Onyango and he's set the bar high by being the CAF Player of the Year (based in Africa in 2017).

"So I wanna be like him or better. When I started at SuperSport, I trained with him and I was very young. I know what it took for him to be where he is and it wasn't easy. There were times when coach Andre (Arendse) was over 40 and playing ahead of him (Onyango)."