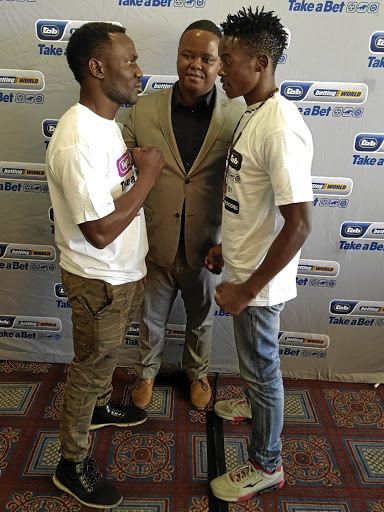 Entrepreneur Tumelo Matsose has been stung by the fisctic sport bug and has not been able to get away from it.

Matsose was stung in March during a development tournament at the Turffontein Racecourse in Joburg, where female boxers Hedda Wolmarans and Ndobayini Kolosa violently exchanged blows in their topsy-turvy six-rounder that had fans on the edge of their seats.

Wolmarans won the fight on points.

Matsose, 36, a co-founder of Bullish Craft Beer, from the famous Vilakazi Street in Orlando West, Soweto, has wasted no time in obtaining a promoter's licence.

He is due to stage his maiden tournament at the same venue next Sunday.

"I came to one tournament and was thrilled," said Matsose. "Today I am a promoter and I am excited. I hope to fit in well within this boxing family and learn.

"I've already been to a few boxing gyms just to get the feel of what boxers actually go through when preparing for fights. I believe that if we sit together and hold hands, we can do a lot."

Some have described it as the worst boxing match of the year and a huge disservice to the sport.
Sport
3 years ago

The owner of Bitcoin 101 - which offers cryptocurrency services - promotes boxing under the banner of Boxing 5 Promotion.

Matsose did a great job on Thursday separating Clement "Slow Poison" Kamanga and Byson Gwayani from exchanging blows during a media briefing.

They will headline Matsose's tournament.

Gwayani jumped out of his seat and rushed to Kamanga but before anything could happen, Matsose doused the fire.

Kamanga, who is trained by Lionel Hunter, has eight wins from nine bouts while Gwayani has lost four of his 13 bouts.

Mike "The Tank" Schutte jnr, the son of late former SA heavyweight champion of the same name, is one of the five boxers who will make their professional debut.

Schutte will take on Petrus Cilliers in the cruiserweight division over four rounds while crowd favourite Lyton Gloss will be up against Mawande Mbusi in the bantamweights, also over four rounds.

Knapp has six wins, five by short route, while Mukadi from Congo has 20 wins, two losses and a draw.

Action in this tournament will start at 1pm.