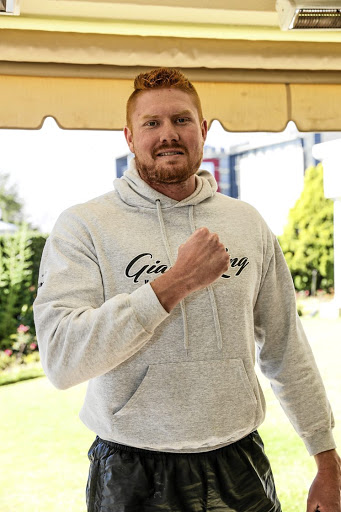 The announcement was made yesterday by the SA Institute for Drug-Free Sport (Saids). The 27-year-old was tested after he won the title from Osborne Machimana with a seventh-round stoppage at Emerald Casino in Vanderbijlpark on February 23.

"The analytic report received from the laboratory confirmed the presence of 3' OH-stanozolol-glucunoride, a metabolite of the Exogenous Anabolic Androgenic Steroid, Stanazolol, in his A sample," Saids noted.

"The steroids found in the urine is a prohibited substance and its presence in his urine sample constitutes an adverse analytical finding and is a prima facie breach of Saids anti-doping rules and Wada [World Anti Doping Agency] code."

Saids also wrote to Visser: "You are consequently provisionally suspended from competing and participating in any authorised sport by an amateur or professional league or any national or international level event as from the date of this notification [April 16 2018]".

Boxing SA chief operation officer Cindy Nkomo said: "We respect the process and we would want to allow it to proceed until it has been finalised.

"This obviously highlights the need for educational programmes and awareness on the role of Saids and how it affects our licensees, especially our boxers."