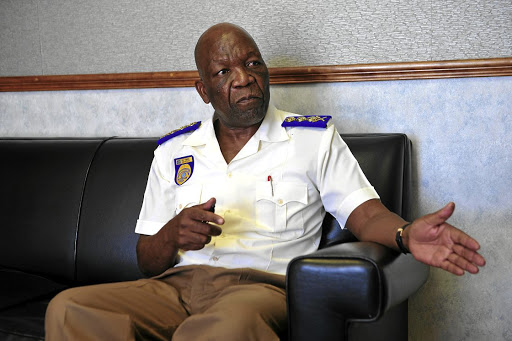 The City of Joburg and its police unit, the Johannesburg Metro Police Department, have given one of its directors a notice of suspension for his alleged role in the demolition of houses and shacks in Alex.

Mathokoza Kgaswane, a director at JMPD -who was also listed on the operation plan for the demolition of houses and shacks in Alexandra alongside seven other directors - has been served with a letter asking him to give reasons why he should not be suspended for his alleged role in the operation. The letter, dated June 13, was authored by David Tembe, the acting head of the department of public safety.

"You are hereby given the notice of intention by City of Johannesburg to suspend your official duties pending an investigation into the serious allegations of misconduct, wherein it is alleged that you instructed the Red Ants to demolish the houses of residents in Alexandra on Friday 31 May 2019.

"Further to this, your actions culminated in numerous negative media reports, wherein the executive mayor, city manager, acting HOD of public safety, acting chief of police and other members of COJ and JMPD management team were belittled, insulted and portrait [sic] in a bad light and thereby bringing the City of Johannesburg into disrepute.

"The City of Johannesburg has reasonable cause to believe that your continued presence at the workplace will be detrimental to stability within the City of Johannesburg. Further to the above, the City is of the view that your presence in the workplace may jeopardise the investigation into alleged misconduct, or interference or intimidation of potential witnesses and or commit further acts of misconduct [sic].

"You are hereby invited, in terms of clause 16.3 of the Disciplinary Procedure Collective Agreement, to provide or make representations to the employer within 48 hours from receiving this letter, as to why you should not be suspended.

"The municipal manager or his authorised representative shall make a determination , within five (5) days as to whether you shall be suspended or not, after having considered your representations," reads the letter.

Kgaswane confirmed that he had received the letter from his employer, including that he had 48 hours to respond to it. 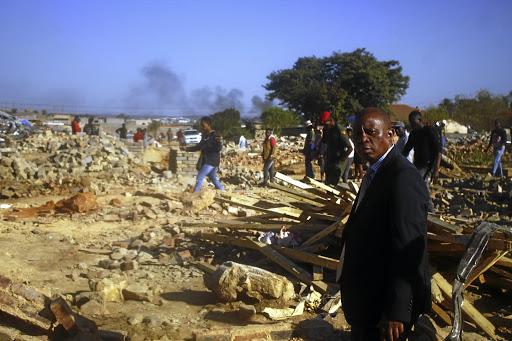 Joburg mayor Herman Mashaba is cited as one of the people who were belittled, insulted and portrayed in a bad light by the actions of those involved in the illegal demolitions.
Image: Kabelo Mokoena

"I'm now seeking legal advise on the matter," he said.

City spokesperson Nthatisi Modingoane said: "The City will comment once a decision has been made. Commenting at this stage may prejudice persons involved."

Last week, Sunday World reported that JMPD bosses were allegedly trying to use junior officers as scapegoats to conceal their alleged involvement in the operation which, according to documents, was planned based on a court order.

The documents showed that Tembe and acting chief of police Sam Sethagu had approved the operations.

They had among other things, authorised for officers, 20 vehicles and tractor-loader-backhoes to demolish houses and shacks.

Attached to the internal document was a court order which was obtained by the City of Joburg in September 2016.