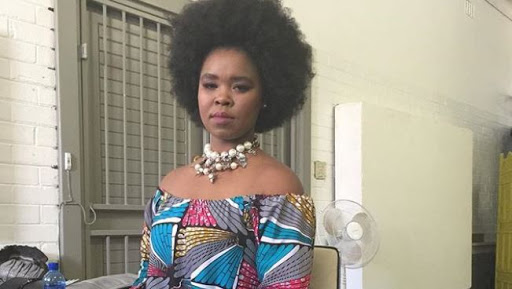 Umthwalo hitmaker Zahara is collapsing under the heavy load of debts she is carrying on her shoulders.

Sunday World can exclusively reveal that Zahara failed to oppose an application brought by Nedbank last year to repossess her almost R2m gated property in the ritzy suburb of Little Falls, west of Joburg.

We can also reveal that Standard Bank wants to repossess Zahara's Ranger Rover Evoque after she allegedly failed to keep up with her monthly instalments.

These two cases come in the wake of a week of turmoil for the star who came out to allege that her two former managers, TK Nciza and Sbu Leope of TS Records, owe her millions of rands after underpaying her for her record sales and performances, a claim the record label has denied.

She claimed she was gearing up to sue TS Records as she did not want to be like other musicians "who die as paupers ".

Nedbank applied for a default judgment against the Loliwe singer in the Joburg High Court last month.

The star's woes were compounded by Daryl Lynn Geldenhuys of Stupel & Berman Incorporated, representing Standard Bank, who we asked if the multi-award-winning artist had filed papers to oppose its application to repossess her car.

"Why do you ask me? You should be asking her that question. I have got no comment to make," Geldenhuys said.

Zahara, real name Bulelwa Mkutukana, referred questions to her lawyer but declined to furnish their name or contact details.

According to papers Sunday World has seen, Zahara received a R1.9m mortgage bond from Nedbank to purchase her Little Falls house in 2012.

Documents show that she also obtained a R475,000 mortgage loan from the same bank but only one property reflects on her credit profile.

The guitar-strumming artist was supposed to pay just under R18,000 in monthly instalment but allegedly failed to do so.

"The last payment the applicant received from the respondent [Zahara] was on June 30 2017 and the total outstanding amount on the account in respect of which the execution is sought is R1,731.684.62," read the papers.

The singer, who amassed millions of rands in paid gigs and radio and TV royalties when she was at the zenith of her career as her album Loliwe sold more than 500,000 units, allegedly failed to pay back the loan.

"In terms of the mortgage bond the applicant [Nedbank] is entitled to repayment of the full outstanding balance together with interest from the respondent [Zahara] in terms of the agreement and/or the mortgaged (sic) bond at a rate of 10.50% which indebtedness is currently owing, due and payable.

"The respondent is in breach of the agreement and/or mortgage bond and has been in such breach for quite some time," further read the papers.

According to Standard Bank papers - also seen by Sunday World - pertaining to her flashy wheels the financial institution granted Zahara a R438,197 loan in January last year to purchase a 2014 Evoque SUV.

Although Zahara paid the deposit, she allegedly failed to keep up with the monthly instalments of the luxury vehicle and was R33,725.41 in arrears in February this year when the bank wrote a letter of default and notice.

"Notwithstanding the default notice, the defendant has failed and or refused and or neglected to remedy her breach of the agreement."

The bank is asking the court to cancel the contract and to also take back the 2014 Evoque 2.2 from the muso.

Lawyers for TS Records have sent a cease-and-desist letter to Zahara over the singer's claims that the label owes her money.
Entertainment
3 years ago
Next Article