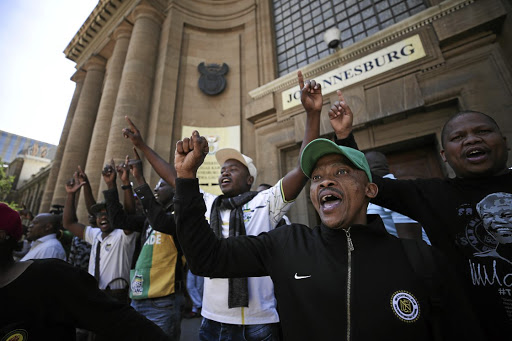 Members of the ANC in North West have gone to court to force the party to dissolve the new provincial task team.
Image: Alaister Russell

Disgruntled members of the ANC in North West have applied for an urgent court order in the South Gauteng High Court to force ANC secretary-general Ace Magashule to dissolve the newly-established provincial task team (PTT).

They want Magashule, the NEC and the Rapid Response Team (RRT) led by Deputy President David Mabuza to appoint a new interim structure to run the affairs of the party in the province or reinstate the old PTT which was dissolved earlier this year.

The members have also applied for an interdict to stop the newly-established PTT from performing its duties.

The new PTT was established a fortnight ago by the RRT which merged the Supra Mahumapelo-led provincial executive committee (PEC) and the old PTT led by premier Job Mokgoro, as a compromise to appease both factions.

Mahumapelo, whose PEC was disbanded and replaced with the Mokgoro-led PTT, won a legal battle in the North Gauteng High Court to force the ANC to reinstate them but the party appealed the decision. As a compromise move, they merged the two factions with the view of unifying the province ahead of the elections.

According to court papers filed on Tuesday and seen by Sunday World, provincial members who hail from various structures of the party, want the court to order that review proceedings on the appointment of the new PTT be instituted within 30 days if the interdict was granted.

They also want the court to order the party to appoint interim structure or reinstate the old PTT led by Premier Mokgoro within 24 hours of the order being granted.

The members said the new PTT was "established in a flagrant disregard of the applicable provisions of the ANC constitution". 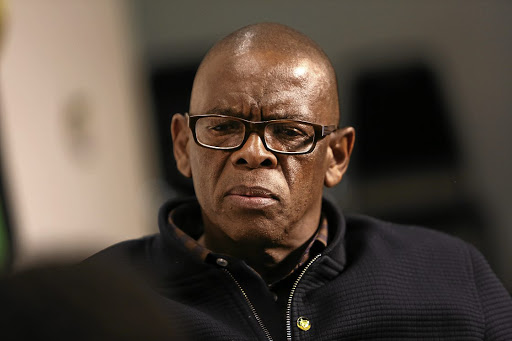 "The re-instated (old) PEC's term of office lapsed on February 13, 2019. In terms of rule 12.2.4 of the ANC constitution, it is inter alia provided that the NEC must appoint an interim structure during the period of the dissolution of the PEC to fufill the functions of the PEC," reads the papers.

The members also said the new PTT was formed by the RTT which was established by the national working committee (NWC), and that was against the ANC constitution, which decrees that only the NEC possesses the power to appoint interim structures.

They also said the RTT appear to have been established to assist the ANC in the campaigns for the upcoming general elections which encroaches on the duties of the already existing Provincial Elections Team, mandated to run election campaigns in preparation for the polls on May 8.

"The RTT should therefore, with respect, not be construed as a replacement of either the PEC and or the PTT in the North West," reads the papers.

The applicants' lawyer Tsholofelo Shuping said they tried to resolve the matter with the ANC but failed and thus had no option but to take the matter to court on Tuesday.

ANC spokesperson Dakota Legoete said: "The ANC will defend its decision in the courts and also take disciplinary action against members who took them to court."