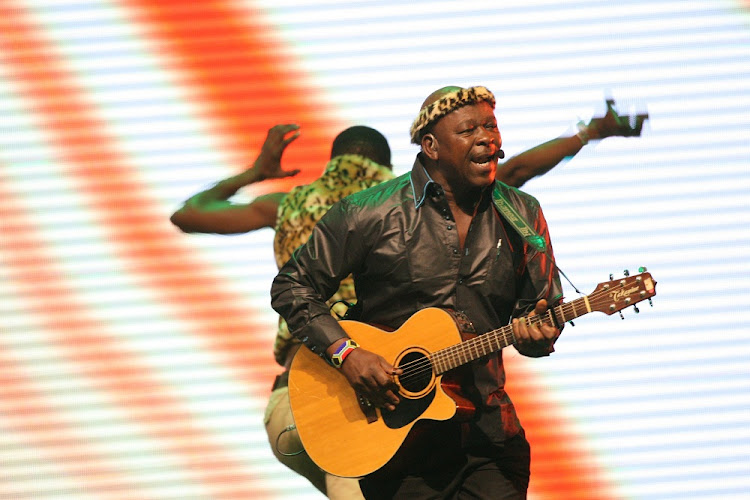 Maskandi king Phuzekhemisi's inclusion in the upcoming Gcwalisa iMabhida Maskandi Concert in Durban has sparked outrage, with certain quarters demanding his removal from the event.

Phuzekhemisi, real name Zibokwakhe Mnyandu, was arrested and charged with murder after he allegedly shot and killed his fellow band member Selby Shezi in Amanzimtoti in December last year.

Despite the seriousness of the charge he is facing, festival organiser Mothokozisi Zuma of Indlamlendze Development booked Phuzekhemisi to perform in the jamboree which is billed for Saturday, March 30, at Moses Mabhida Stadium.

Zuma showed the middle finger to those demanding the muso's removal and said he did not receive formal complaints from anyone to remove him.

He said even if he did he would still apply the legal principle of not guilty until proven otherwise and not exclude the 56- year-old artist from the line-up.

"I would like to state categorically that we have not received such a complaint. If we did, we would then have engaged on the principle that says 'innocent until proven guilty'.

"We have a very long list of artists we have billed to perform at our event and it is not our competency to scrutinise criminal charges and criminal records.

"Ours is to bill artists to perform. I think most of your questions are based on the assumption that we are aware of such complaints, but the truth is that we are not," Zuma said in a statement.

A well-known entertainment guru, who did not want to be named, said it was wrong of Zuma to include Phuzekhemisi in the line-up and appealed to the department of arts and culture and SABC, who are the festival sponsors, to force the organisers to remove him.

Maskandi star Phuzekhemisi Mnyandu said he had to honour a performance just hours after his son was killed.
Entertainment
4 years ago

"From a moral perspective, this is so wrong. The organisers have put their financial interests over the values of our society. We don't even understand why the SABC and the department of arts and culture can support a festival that has included an artist of Phuzekhemisi's calibre," said the guru.

Another well-known entertainment personality said those who demanded the artist to remain in the line-up are the rural masses of KwaZulu-Natal who are also diehard supporters of maskandi, while those who pushed for his removal hail from the urban areas.

Phuzekhemisi, who is out on R3,000 bail, dismissed those who demanded his removal.

"They are not judges, if they remove me they must pay me first because I'm active on social media promoting this show," he said.

SABC spokesperson Vuyo Mthembu said they wouldn't be able to comment as the SABC didn't organise the festival or put together a line-up of artists to perform at the festival.

"The SABC can confirm that Ukhozi FM is a media partner and not a sponsor for the Gcwalisa iMabhida Maskandi Festival," Mthembu said in a statement.

Arts and culture spokesperson Asanda Magaqa referred us to the organisers of the festival. "Please be advised that the DAC allocates funding to deserving organisations who operate in the creative industries. The DAC does not dictate to grant beneficiaries in the form of organisers who to put in their line-ups. In this regard, your questions are better suited for the organisers.

"Be reminded that the constitution guarantees all the presumption of innocence until proven otherwise.

"There would be a moral and ethical dilemma here if we were dealing with individuals whose criminality has been established by a court of law," Magaqa said.