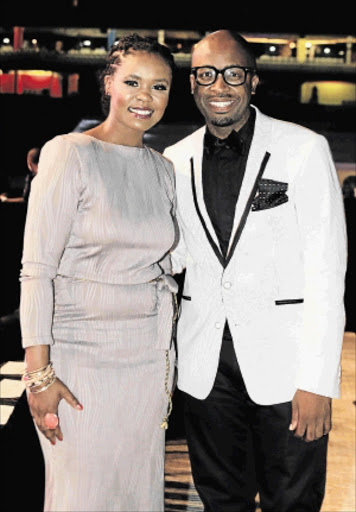 Zahara yesterday made allegations against TS Records executives TK Nciza and Sbu Leope, claiming that she was underpaid for her performances, the sale of her records, and royalties for when her songs were played.

She made claims about her monster 2011 debut album Loliwe, which she said sold more than 500,000 copies.

Zahara could not be reached by Sowetan for further comment late yesterday, but Nciza said he heard figures of "R10m and R30m being bandied about in the media".

"She needs prayers. I've not worked with her for three years," Nciza said.

Both Zahara, real name Bulelwa Mkuthukana, and Nciza had earlier confirmed to Sowetan's sister publication, Daily Dispatch, that they worked together on three albums, Loliwe, Phendula and Country Girl.

He said her top three albums combined could not have made the amount she was claiming. "Now that things are going bad she wants to make an excuse and point fingers," said Nciza.

When asked how much money was made in total by the company from sales of Zahara's three albums, Nciza said: "I can't give you the figure from the top of my head."

He denied all allegations Zahara made, saying there was no way he could have misappropriated her royalties as they were paid by another big-name company's royalty department.

Zahara's 5 months of sobriety: I finished a bottle of wine by myself and knew I needed help

"I was able to get clarity and now I am sober since October. I haven't touched alcohol since and I don't miss it because I don't think it was a ...
Pic of The Day
2 years ago

"We work with credible companies. We don't even pay her directly," he said.

The Phumlani village, Eastern Cape-born artist, said: "I want my money back, all of it. Many artists suffer in silence, suffer depression and ultimately die paupers. I won't be a statistic. I will speak out."

Zahara said she left TS Records in 2016. She claimed while she cut her third album with TS, there was a contractual agreement.

Asked why she was going public only now, Zahara said: "I have been silent for too long because I was scared that my music career would be sabotaged.

"Lots of people get blackmailed and end up being blocked in the industry."

Zahara first made the allegations on an afternoon radio show on Monday.

She told the Dispatch: "Many artists are embarrassed to even return home or call for help after people are done with us."