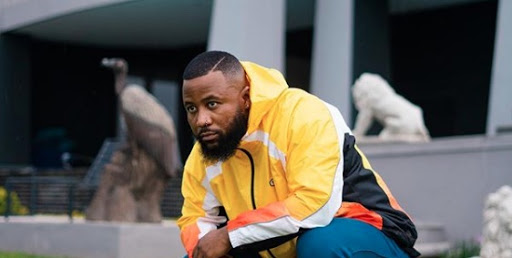 The tax papers were filed in the South Gauteng High Court in Johannesburg on February 28.

Sars has also threatened to obtain a warrant of execution for the sheriff of the court to attach and sell his company's assets in order to realise payment of the bill.

According to documents seen, Cassper's company owed Sars R3,076 140,32 in income tax but the debt ballooned to R3,690 570,97 after they added penalties and interests as well as another amount the company allegedly owed for pay as you earn.

The letter, written to the Gets Getsa hitmaker's company on June 18 last year, reads in part: "According to records of the South African Revenue Service, you have failed to settle in full your outstanding tax debt in the amount of R3,622 531,11."

"In addition to the above remedies, you may within five business days from the date of receipt of this letter of demand, apply to Sars for the following:

The taxman also threatened the Doc Shebeleza hitmaker and his company that if they did not pay up, they would seek to raise the money owed to them from third parties that owed money to the company. Sars also warned that failure by the company to pay might force them to apply for a warrant of execution in which they will then attach the company's assets.

"As you may be aware, Sars is not in a position to divulge specific information and details on the affairs of taxpayers. Sars is bound by Chapter 6 of the Tax Administration Act, 2011, dealing with confidentiality of information, and more specifically section 69 of the act, which provides for the secrecy of taxpayer information. This includes investigations into taxpayers or traders," he said.

Nyovest, who announced on social media that he has bought an R11m mansion, could not be reached for comment.s music affairs.

His manager Lerato Moiloa said she only comment on the musician'