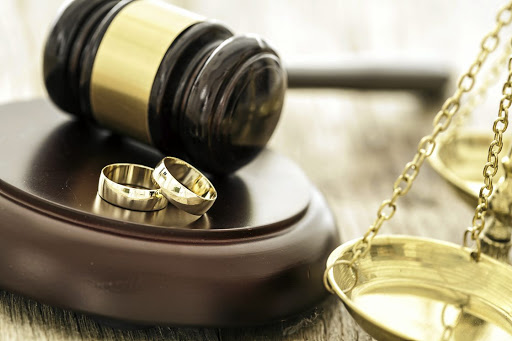 The courts can be a great leveller in messy divorces.
Image: 123RF

A top PSL club owner's son and retired soccer player has been slapped with a hefty spousal and child maintenance bill by the South Gauteng High Court in Jozi following his divorce from his wife of seven years.

The former player was also ordered by the court to award half of his pension contributions, other savings and retirement funds, and half of his property portfolios to his ex-wife.

To top it all, in her judgment given on January 22, acting judge Elmarie van der Schyff noted that the man had allegedly spent a staggering R6-million in legal fees trying to secure sole custody of his kids, claiming that his estranged wife was mentally unstable.

However, in the judgment seen by Sunday World, Van der Schyff dismissed his claims, including that his wife was abusive and aggressive, stating that the claims could not be substantiated and were also not supported by his founding affidavit.

He had also argued in his affidavit that he should be granted sole custody of his kids because the mother had no job and could not support their kids and sustain the lifestyle they were accustomed to .

But these claims were also dismissed by the judge.

Van der Schyff indicated that there appeared to be no sign that the wife was mentally unstable.

The judge instead stated that she was impressed with the way his former wife answered some of the questions during cross-examination.

According to the judgment, the man was ordered to pay more than R9500 per month for each child's maintenance.

This means that the former player would have parted with almost R500000 a year in papgeld for the two kids, conservatively taking it to more than R4-million by the time they turn 18.

He was ordered to pay more than R15000 a month towards his ex-wife's maintenance for four years or until she remarries or dies.

The amount was still shy of the R60000 the woman had initially asked the court for.

In his response to this demand, the player told the court that he was, in fact, earning R60000 from his father's top club.

The judge said the man failed to defend or challenge statements by his ex-wife that he benefited from his parents' wealth.

She said there was no dispute about the player's access to more money as he confirmed that he was receiving financial support from his mother to supplement his salary.

The judgment also indicated that the parties had admitted that trouble in their marriage started after the soccer player hung up his soccer boots.

The judge said the two conceded that they had to readjust their lifestyle because the player was no longer getting the handsome salary and bonuses he enjoyed as a soccer player and therefore affecting their access to the bling they previously enjoyed.

Their situation had forced them to constantly ask for assistance from the player's mother, who, according to the judgment, became extremely involved in their lives.

So severe was the breakdown in relations between the two former love birds that their squabble nearly threatened to split the PSL club boss' s family in half.

Top radio DJ refuses to let me see our child

The woman claimed in her affidavit that she had to constantly tolerate the player's mother's alleged interference in their marriage.

The woman said she had ordered them to move from the house they rented for R60000 a month in an affluent suburb to a R12000-a-month one.

The judge, according to the judgment, also noted that the player's parents had failed to advise the player to move back to his matrimonial home and save his marriage after he moved out following a number of domestic squabbles with his wife.

Instead, the wife said the parents provided their son with a top-notch apartment for his accommodation.