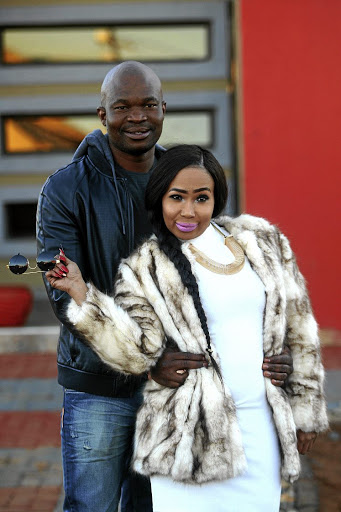 Kwaito star Nomasonto "Mshoza" Maswanganyi has vowed to assist her husband Thuthukani Mvula's estranged wife to annul her customary marriage to him.

Mshoza also applauded the woman, who cannot be named for legal reasons, for obtaining an order to force Mvula to pay maintenance for two children.

The singer, made popular by her potboiler Kortes, was also girding her loins to fight Mvula for the division of their estate.

The estranged wife obtained an order at the Pietermaritzburg High Court last week to force Mvula to support her and her kids. She also filed for the annulment of Mvula and Mshoza's customary marriage because, she argued, they got married without her permission as the legal wife.

The order, granted by Justice Rashid Vahed, reads in parts: "That pending the finalisation of the divorce action ..., the respondent pay a monthly contribution of R25000 towards the maintenance of the applicant and the two minor children."

The order also directed Mvula to "repair and restore into a roadworthy condition, the BMW vehicle currently in the estranged wife's possession ".

Mshoza fears for her life and lays charges against hubby.
Entertainment
4 years ago

Alternatively, to provide her with a "suitable and comparable replacement vehicle".

"I'm so happy for her, this man must maintain his children. There is no need for him to lead a good life if his children are suffering and while he is recklessly spending money with women," said Mshoza.

A lawyer involved in the case said the court instructed the estranged wife to obtain an affidavit confirming that indeed lobola was paid to the songstress by Mvula before it could make a ruling on the annulment.

"I will get my uncle to make that affidavit . But I will also fight him in court for the division of the estate because I was also his wife. It's going to be messy," the artist said.

Mvula said there was no need for the annulment. "Yes I paid lobola for Mshoza, but in my culture that does not translate to marriage. So, I'm not married to Mshoza."

Mvula said he would challenge the order to pay R25000 in maintenance. "I won't pay that money and won't fix or buy her any car. I won't buy a car for other men to use."

Kwaito star Mshoza's husband Thuthukani Mvula is out on R5 000 bail.
Entertainment
4 years ago
Next Article