Uzalo star Masoja Msiza on divorce: I miss my kids 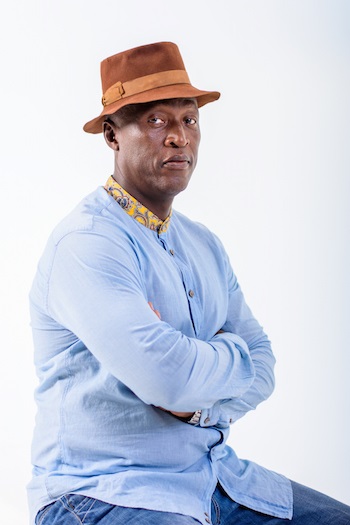 Uzalo actor Masoja Msiza was raised by his grandmother and only saw his father's family on holidays‚ if he was lucky.

He was determined to end the cycle of divorce for his kids sake‚ but life had other plans.

The star‚ who was recently in Joburg with other members of the Uzalo cast to meet fans and media‚ told TshisaLIVE that he was currently living away from his children after going through a rough patch in his relationship with their mother.

"I really miss my kids‚ I miss all of those close to me. I see them when I come up to Johannesburg‚ like in December holidays. I am used to that because me and my siblings were raised by relatives. I would see them at Christmas time. I wanted the cycle to end with me. I have suffered and I thought it would end with me but I didn't think it would happen to my children‚ that I would go through a series of divorces. It was beyond my control."

Despite his heartbreak‚ Masoja said he reconnected with his family in KZN.

"I have other family in KZN. I have reconnected with family members there because we would see each other but sometimes it would only be every five years."

Masoja plays the role of Nkunzi on Uzalo and said that despite his character being quite shady‚ he found strength in being able to play a role he knew was making a difference in people's lives.

"I see it as another art form. A way to give hope. It is not about me. It is about telling a story with my craft. Sometimes you have to wait for the right role‚ a role that may make you relatable to people‚ and I had to wait for this one. It has been an honour playing it so far."

Cele was left shaken when she received news from her family that a group of thugs had broken into their house.
News
4 years ago
Next Article