Thabo Mnyamane is making hay while the sun shines 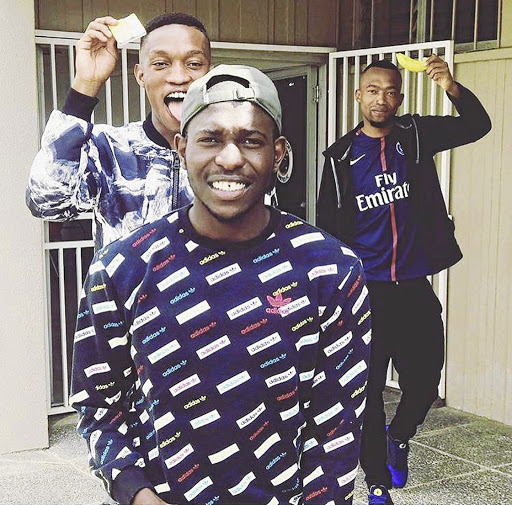 SuperSport striker Thabo Mnyamane, right in track suit, is planning for his future. He is with teammates Grant Kekana, left-back, and Aubrey Modiba, front.
Image: Instagram

Thabo Mnyamane believes in planning for life after football while he's still playing.

The SuperSport United striker has a degree in sports management from the North West University.

"I wanted to make sure that when I became a professional footballer that I should at least have one degree to my name," Mnyamane said.

"In football one should always plan ahead for the time that you retire. We have all seen what happens to many once that salary stops coming in."

During the off-season, Mnyamane was in China on holiday to visit his girlfriend who is working there."I don't like to talk a lot about my personal life but yeah China was great and I think I will be going back soon."

Mnyamane, 25, can most of the time be found with his teammates Aubrey Modiba and Grant Kekana.

The trio have developed a bond which Mnyamane says goes beyond football. "We are good mates. We just like hanging out with each other after training and stuff. We are a similar age group so there is a lot that we relate on."

The former North West University player plans to stay at United for at least another two seasons despite interest from top clubs. "I am not leaving SuperSport any time soon. I'm enjoying my football here and they have really treated me well, so there can be no complaints."