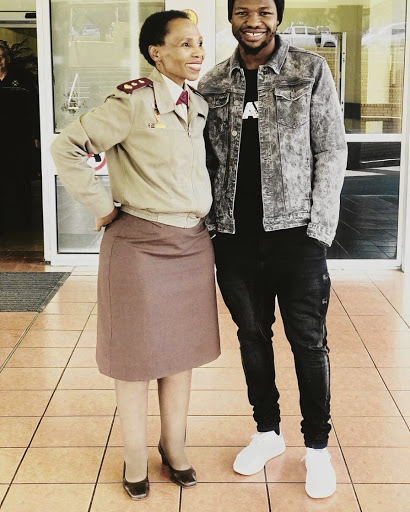 Bloemfontein Celtic striker Tshegofatso Mabasa has always had a different parental preference since his childhood. Unlike many boys who are more attached to their daddies, Mabasa is a self-confessed mommy's boy. The Celtic striker is very close to his mother, Tumi Mabasa.

"My mom is the most important person in my life. I was raised my both my parents but since I was young I have always been more attached to my mom than my daddy. I don't care if you call me a softie or mama's boy," Mabasa said.

His father, Jimmy Mabasa, has always been there in his life, yet he prefers his mother more. Mabasa's mom is a nurse by profession, and the striker feels her natural ability to take care of people is what built their strong bond.

"It's not that I don't have a relationship with my dad, I love him, but not like my mother. She's a nurse. She has a good heart and I think our bond's foundation is her personality. She has a natural ability to take care of people.

The 21-year-old's parents live in Pretoria, and he can often be seen driving his Golf 7 from Bloemfontein to the country's capital city to spend time with his family.

Mabasa was never passionate about football in his childhood as he was a cricketer at school. It was his only sibling and brother who inspired him to start playing the game that would eventually pay his bills.