Boo boys must tone down abuse at games 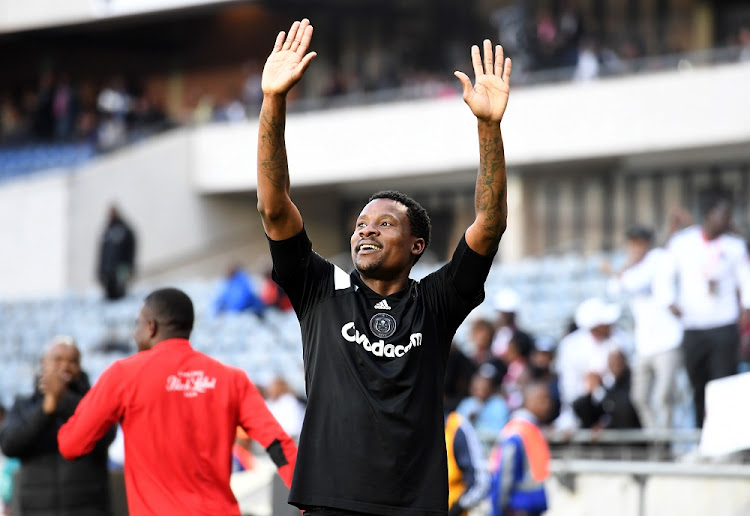 I was sitting on the couch enjoying what was a great game of Absa Premiership football between Black Leopards and Orlando Pirates on Tuesday night.

Then, moments before half-time, the embarrassing meltdown by the Pirates forward Thamsanqa Gabuza was something I've never witnessed before in the beautiful game.

Many have questioned his celebration as if he had scored the goal. His enticing cross was put into the wrong net by a Leopards defender. Such was his relief and frustration at having finally contributed to a goal that perhaps he felt obliged to hurl his jersey into the stands and storm off to the changing rooms.

The former Golden Arrows forward has not scored prolifically during his time with the Soweto giants. This trend is nothing new in the domestic league, dating as far back as the early to mid 2000s, and local football fans are impatient with these lack of goals. In fact, he has netted only nine times in 75 appearances for the Buccaneers. It has become a trend that our forwards just don't score enough goals and we are lucky if one hits the net 14 times in a season. Thus, nothing new with Gabuza.

His stats in front of goal have agitated the Ghost alright. This aside, I am not condoning his actions in Polokwane.

Orlando Pirates striker Thamsanqa Gabuza caused a stir this week when he lost his cool.
Opinion
3 years ago

His story is a sad one. What transpired on Tuesday night was perhaps Gabuza's way of handling abuse that has continuously come his way from the boo boys.

There's only so much abuse that a person can take, be it in our personal lives from loved ones and friends or as a sports athlete from the grandstands. The man simply showed the emotions of being human. It happens.

I felt for him. He has been rejected by his own supporters for so long. Sure, he does his best but there's that lack of finishing, which is the most vital point in his position upfront. I've never been a fan of booing. Are Pirates fans right to boo him? Should he just take the boos on the chin? Is booing also part of supporting your player and the team?

As a soccer fan you have a right to express your opinion. After all, football is a game of emotions and opinions. Just as long as your expression of disagreement is not abuse. The saying that when days are dark, friends are few, couldn't be truer in Gabuza's case. Not long ago he was the golden boy of the Sea Robbers as he helped the club come close to securing their second African Champions League title, thanks to his goals.

Moving on from this unfortunate incident, he needs to be mentally strong. When he scores that one goal upon his return from suspension, it will boost his confidence immensely. He must chin up and learn from his mistakes.

Most importantly, just let his scoring boots do the talking for him to silence the boo brigade.

Orlando Pirates will take no further action against striker Thamsanqa Gabuza for storming off the field in their 2-1 Absa Premiership victory against ...
Sport
3 years ago
Next Article